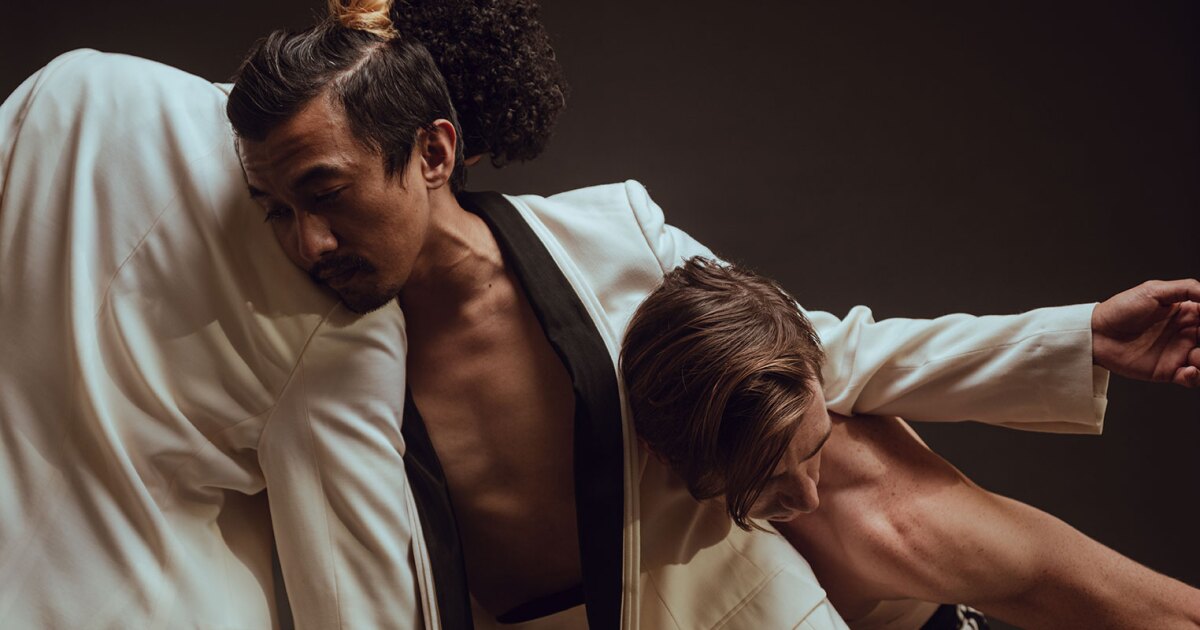 dance music
The concert features four new contemporary ballet works – two by guest choreographers Katarzyna Skarpetowska and Myles Thatcher and two by Rosin Box Project resident choreographers Katie Spagnolletti and Jeremy Zapanta. I have seen pieces of some of these works; they are powerful, expressive and beautiful. Here is a clip on Instagram of Zapanta’s work, including an excerpt from an original score by San Diego composer and musician Zane Alexander.

It’s the finale of their current season, and there are four chances to see it – plus a virtual option.

visual art
This weekend feels like the calm before the (visual arts) storm that is about to hit the region in September (San Diego Art Prize! Alexis Smith at MCASD! Design Week! And more!). But there’s still plenty of artwork to check out right now, including new works by Puerto Rican-born, San Diego-based artist May-ling Martinez, currently on display at Quint ONE, their Bread location. and Salt in Logan Heights.

“Luminous Emergence” is a unique multimedia work installed in the tiny gallery. It’s a projection screen suspended in space, dotted with a group of illustrations that fall somewhere between petroglyphs and borrowed medical textbooks or illustrations from survival/how-to manuals – complicated knots alongside crystal-like objects and vague suggestions of fantastical organs and sinewy muscles, tendons and veins. It’s easy to get a little lost in the details of this deceptively unassuming piece.

‘Ragtime’ at the Moonlight Amphitheater

Theater
The beloved and award-winning musical “Ragtime” – based on the 1975 novel EL Doctorow – follows three individuals living very different lives in early 20th century America. Coalhouse Walker Jr. is a black musician from Harlem, “Mother” is an upper-class housewife from Westchester, and Tateh is a Jewish immigrant. The soundtrack is, of course, full of songs tinged with ragtime and jazz, as well as klezmer and contemporary styles.

Outdoor production of Moonlight closes this weekend, so this is your last chance. It is directed by John Vaughan and stars Bets Malone as Mother, Charl Brown as Coalhouse and Geno Carr as Tateh, alongside a large cast and orchestra. Note that “Ragtime” includes foul language, including racial slurs.

‘Fandango for Butterflies (and Coyotes)’ at La Jolla Playhouse

Theater
It is a production of the New York theater company En Garde Arts presented at La Jolla Playhouse.

The new play, written by playwright Andrea Thome with music composed by Sinuhé Padilla, is set in a communal “fandango”. The term signifies a specific dance, but it is also a joyous gathering and celebration with storytelling, music, and dance that is common to Latin American immigrant communities. In the play, this particular fandango takes place just before Immigration and Customs Enforcement (ICE) raids take over the city.

Jazz at the Lincoln Center Orchestra with Wynton Marsalis

Music, Jazz, Outdoor concerts
This group of 15 world-renowned jazz instrumentalists is Lincoln Center’s resident jazz ensemble in New York City and is led by jazz trumpeter Wynton Marsalis. At a JLCO show, expect a wide range of jazz works, from classics to new works by orchestra members. This performance at Shell doesn’t include the San Diego Symphony Orchestra, but it does include a special pre-show ensemble from the Young Lions Jazz Conservatory, so arrive before 6:15 p.m. to check out some great upcoming San Diego talent.

Dance
Throughout the summer, Mojalet Dance Collective (“Mojalet” is a portmanteau of modern, jazz and ballet dance styles) invited dance companies from across the county to present work, as well as share some of the their.

For more arts events and editor’s picks, to submit your own event, or to sign up for the weekly KPBS/Arts newsletter, visit the KPBS/Arts Calendar.

Is belly dancing the new Pilates? 5 benefits to be gained from this feminine exercise