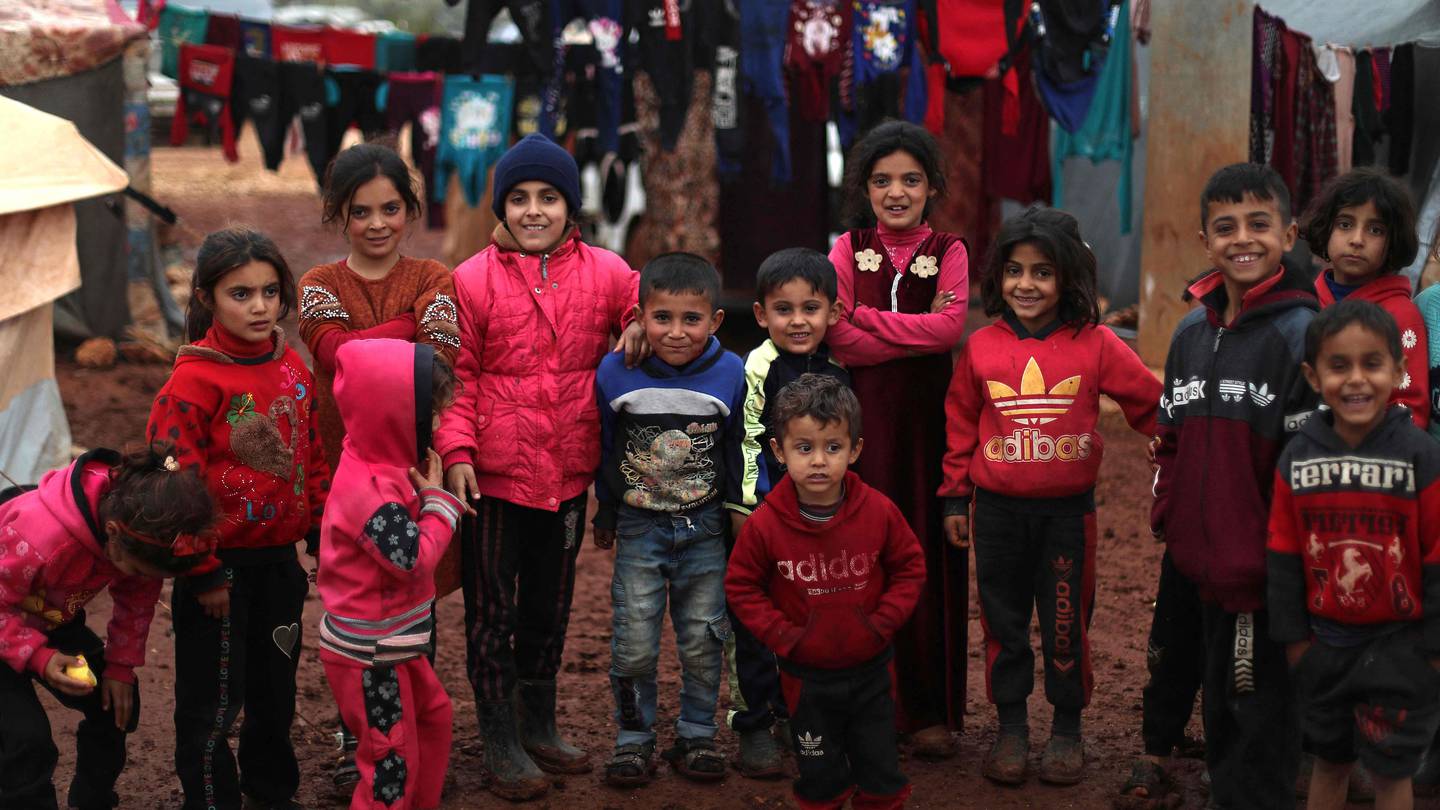 Watch these Syrian refugee children dance to a love story

An Arabic song about a love story has inspired Syrian children to dance and forget their refugee problems, if only for a short while.

The simple dance on the tube Q of the Lebanese singer Ramy Ayachhob (This is a love story) went viral on social media after Syrian photographer Mohammed Al Hazaa posted it on his Instagram page.

Al Hazaa said he wanted to raise awareness about the appalling humanitarian conditions faced by Syrian refugees in winter. The video was filmed in a refugee camp in the Bekaa Valley in Lebanon.

“In a dark and freezing winter there is hope,” read one of the comments.

“A human way, even with just a song, to raise awareness of what is happening in Syria and to support its children,” read another.

The English lyrics translate to:

It’s a love story on the beach of love

The most beautiful story in the bottom of our hearts

It’s all I wished for

With you I have the most beautiful feeling

As the Syrian crisis enters its eleventh year next March, the humanitarian situation is more difficult than ever.

According to the United Nations, around 13 million people are in need of humanitarian assistance and more than half the population remains displaced – including 6.6 million refugees living in neighboring countries.

In Lebanon alone, nine out of ten refugee families now live in extreme poverty. The country has the largest refugee population per capita in the world. In 2020, the Lebanese government estimated that its country hosted 1.5 million Syrian refugees.

As temperatures begin to drop in countries hosting refugees, thousands of vulnerable families are still waiting for help to survive the cold months. They include the elderly, widows and orphans.

Secrets of the belly dancing legend .. You won’t believe what the American director did with her in front of her husband and blew him off the Eiffel Tower, and the end was tragic !!