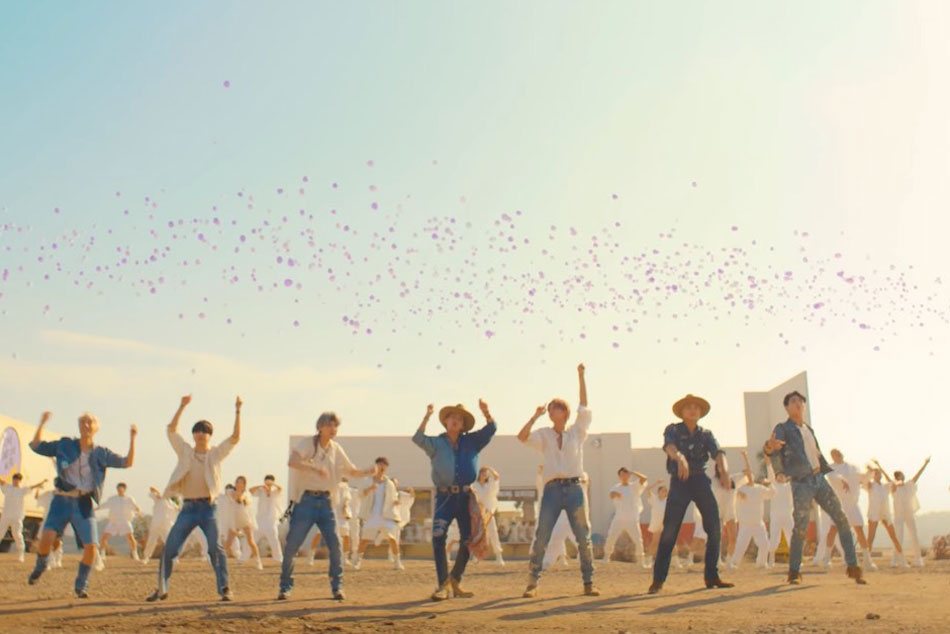 BTS marked the eighth anniversary of its ARMY fanbase with a new wellness bop that sends a powerful message.

The South Korean group released their third English single “Permission to Dance” with the music video on Friday.

â€œPermission to Danceâ€ is a bright and energetic piece that resembles the happy ending of the pandemic-themed musical that we’ve all been forced to perform in for over a year.

The uplifting song and accompanying video, which had at least 2.1 million concurrent viewers when it premiered, was a hopeful reminder that while the crisis is not over, the maskless world we crave. is finally in sight. Until then, however, we must work together and live our lives to the fullest.

According to Big Hit Music, the track is an invitation for everyone to dance away from their worries as we go through this difficult time.

Compared to the usual unusual South Korean dance routines, the “free-spirited but familiar BTS-style choreography” of “Permission to Dance” is easy enough for anyone to follow.

â€œJust like the lyrics, the song sends the message that you don’t need permission to dance your way, dedicated to anyone who is having a bad day or who is discouraged in the face of reality,â€ said the label in a press release. declaration.

“Permission to Dance” isn’t just for ARMY â€” or the conductors. BTS also incorporated the sign language counterpart of the words â€œhappy,â€ â€œdance,â€ and â€œpeaceâ€ into the choreography, hoping their timely message could be comforting and include more people.

BTS is set to discuss their new single at 9 p.m. KST on Naver Now and to make their stage debut at 9:30 p.m. KST on their HYBE Labels YouTube page.