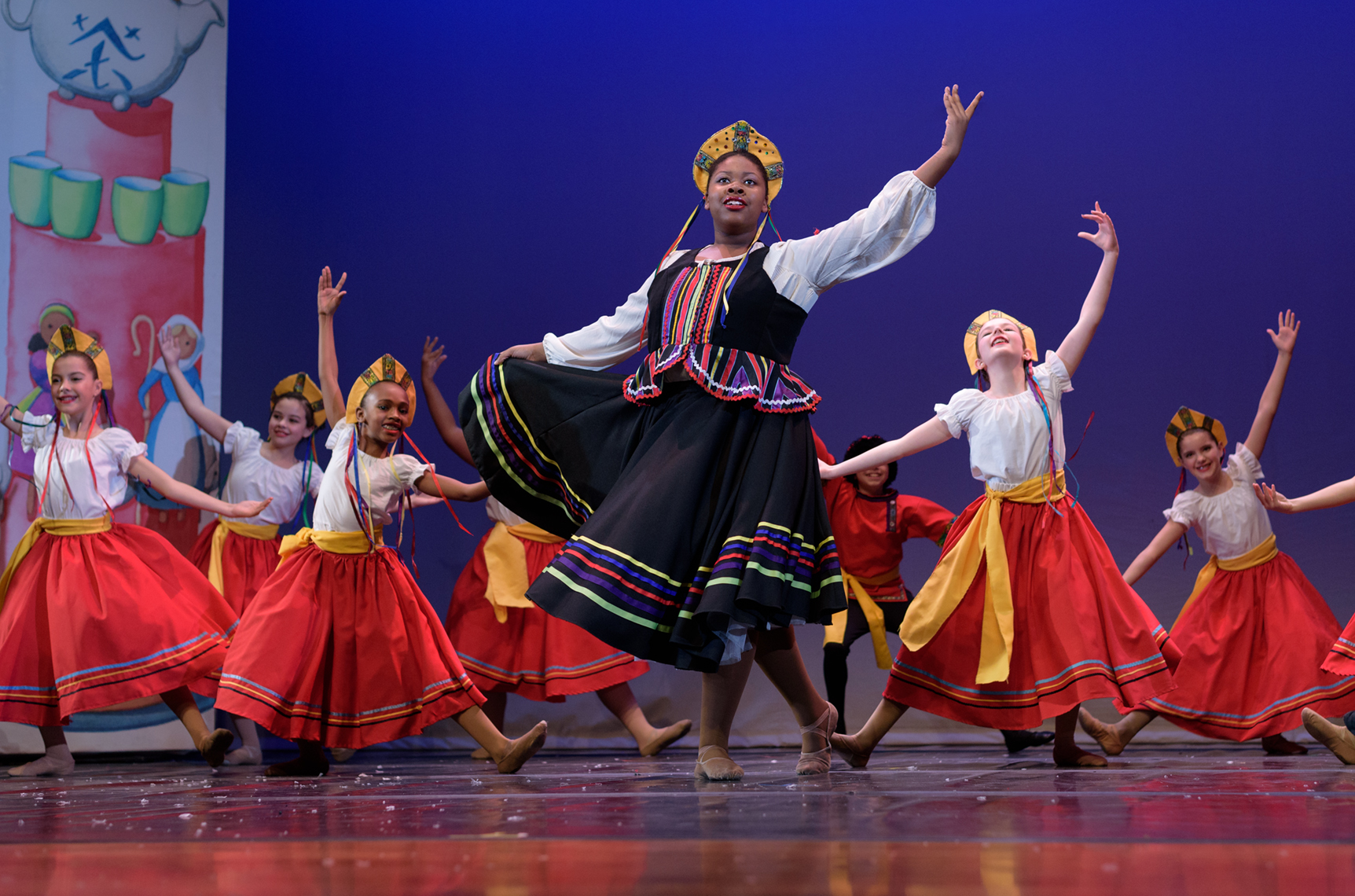 After a year of canceled or virtual vacation programs, dance companies are once again gearing up to stage their biggest ticket seller and the most famous ballet of all time. Much has changed since the winter of 2019, and the entertainment world is cautiously tiptoeing back to theaters, hoping to fill or most importantly fill the seats and attract the senses of the masked audience while at the same time. following pandemic protocols. The staging of large performance pieces like “The Nutcracker” with casts of dozens or even hundreds, presents an additional level of complexity. And if this distribution historically includes children, well, there is a whole other set of public health questions and difficult risk assessments to resolve.
The Hyde Park School of Dance addressed these questions as they prepared to bring “The Nutcracker” back to the audience at Mandel Hall at the University of Chicago from December 10-12. The school has staged a version of the holiday staple – a role-filled family favorite for dancers of all ages – since its founding nearly thirty years ago. In previous productions, 250 student dancers ages seven and up donned colorful and sparkling costumes of snowflakes, toy soldiers, plums and mice and performed for family and friends in the biggest spectacle of the year. HPSD’s founding art director August Tye said a safe return to costumes and lights meant all performers needed to be vaccinated. Currently, only children aged twelve and over are approved for vaccination, so this year’s cast will be considerably smaller – just 150. To console the younger ones, HPSD is compiling a video mashup of footage shot during class – The Nutcracker Stars of Tomorrow. â€œThey are very disappointed not to be featured this year,â€ says Tye. â€œAnd, of course, last year we weren’t able to use everyone equally well. “

Last winter, HPSD, along with countless theater and dance companies, made the switch to video and created a film version of the production using only their studio dancers, advanced students who attend a minimum. of lessons every week. Tye says it was a challenge to plan video production amid mercurial security guidelines. â€œWe pivoted and pivoted,â€ she says. â€œWe were going to film it live, but ten days before the shoot we were told that we couldn’t and that we had to film each dancer separately. We had a great documentary maker who did some amazing things with crossfades and putting these dancers together like a puzzle. I cannot thank him enough; it must have been a huge workload. This year’s production will also be filmed and available for streaming, with virtual watch parties the following weekend.

Live or at home, audiences will see a generally familiar ‘The Nutcracker’ ballet featuring snowflakes and tutu-ed flowers, which also includes contemporary takes and welcome updates, especially on the stage of the party that contains a notorious parade of Asian and Middle Eastern stereotypes. Nine choreographers contribute to the update of the HPSD rendering, eight faculty members who work in various dance forms, as well as guest choreographer Hana Liu, who created a dance with traditional Chinese movements, music and costumes. in place of the original â€œChinese teaâ€ section. The bodycon dance “Arabian Coffee” was also re-choreographed as a modern piece by HPSD instructor Horton. And next year, the production will include a new African dance section by faculty member Mark Vaughn. The mice and tin soldiers, who fight with swords in the original version, lay down their guns and face off in a hip-hop battle, with beats mixed by breakout instructor Jonathan St. Clair. The battle scene, which has been a hip-hop piece in the HPSD production for five years, is being updated again for 2021, pitting commercial hip-hop studio / dance mice against traditional street breakdance soldiers. â€œIt will be kind of a new school versus the old school and a neat turn on the battle scene,â€ Tye said. In addition to being more culturally respectful and responsible, these new sections provide a space for students who practice forms other than ballet to show their talent and hard work in front of a large audience. And it will surely be more interesting for members of this audience who don’t necessarily like to see the same two hour ballet year after year.

Outrage and urge on how to deal with the sexist, racist and / or Eurocentric parts of the Christmas canon is becoming as seasonal as the pumpkin spice and fruit cake. Professional companies would do well to take note of the HPSD treatment of one of these historically sacred cows – the most performed ballet of all time and the financial buoy of countless ballet companies. Instead of viewing Tchaikovsky’s most famous composition – and at the time of its writing universally swept away – as fully realized and untouchable on the one hand or overall offensive and fit only for the trash on the other, HPSD took the approach. to keep what serves their students and change what is not. The result is the possibility of a living work instead of a dusty museum piece, relevant entertainment for young dancers that it presents while preserving the music and performances that have marked the season for generations.