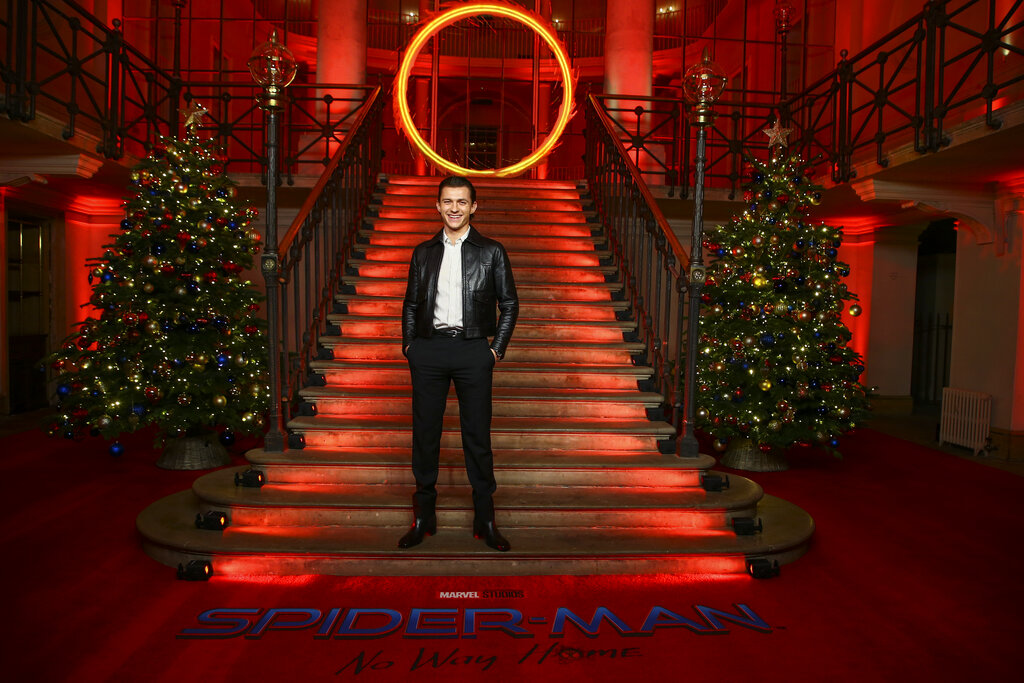 LONDON — Tom Holland is swapping his Spidey suit for some tap dancing. The ‘Spider-Man’ star told The Associated Press on Sunday that he plans to play Fred Astaire in an upcoming biopic.

“Oh, I play Fred Astaire,” Holland said at an event in London. “Yes I am.”

Producer Amy Pascal recently said she wants Holland to play Astaire, but Holland hasn’t commented on that possibility until now.

While Holland’s dancing background hasn’t necessarily been highlighted in his superhero films, the 25-year-old played the title role in “Billy Elliott: The Musical” from 2008 to 2010.

Holland said he still needs to read Astaire’s script, which just arrived a week ago.

“I haven’t read it yet. They didn’t give it to me,” Holland added. “Amy Pascal has the script. She FaceTimed me earlier. I was in the bath and we had a nice FaceTime.

But before stepping into Astaire’s shoes, Holland has another Spider-Man movie to unfold over the world: “No Way Home,” which hits theaters on December 17. Whether or not there will be more Peter Parker in his future remains to be seen.

“I love this character more than anything. This character has changed my life. I have a relationship with my fans that is so wonderful. I couldn’t ask for it to be better,” Holland said.

“But I want to do what’s best for the character. If it’s time for me to step down and the next person takes over, I’ll do it proudly. You know, I’d love to see a universe More diverse Spider-Man, which would be really exciting. If I could be a part of that — if I could be the Iron Man to the next young Spider-Man or Spider-Woman, that would be great. But right now, all that what I have to think about is the character and what’s best for Peter Parker,” he said.