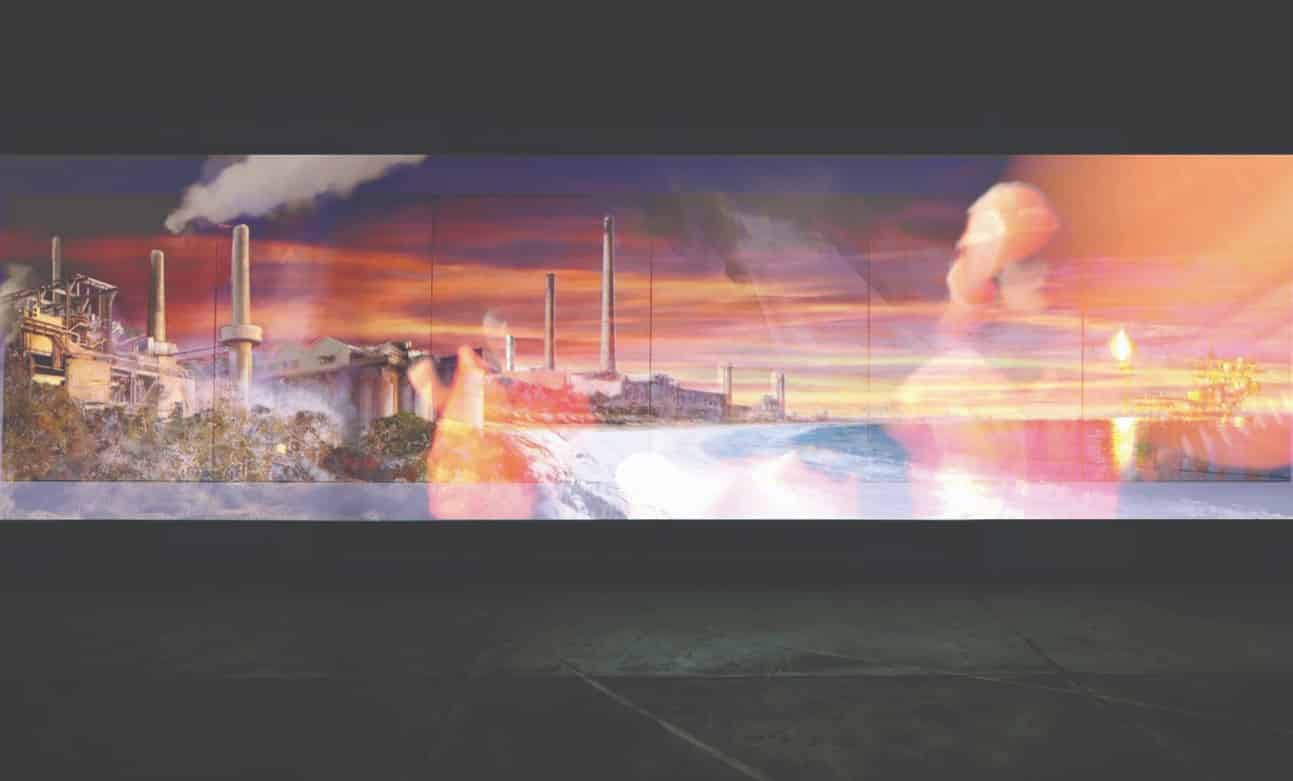 CW brings you the latest art and entertainment news from across the capital. This week, a new exhibit hopes to spur action on climate change, an alternative arts center is offering free belly dancing lessons and Canberra’s own cabaret star returns to her hometown.

Stage change, the third and final collaborative work by Alexander Boynes, the late Mandy Martin and Tristan Parr, will be on view at the Belconnen Art Center until August 21.

The piece is a large-scale pictorial, video and sound collaboration that explores the urgent need to move into the age of climate crisis. Featuring an industrial area in Western Australia, the piece oscillates between the real and the sublime, light and dark, as it asks what kind of planet we plan to leave to future generations.

The final work in the series brings together the creative talents of Mandy Martin, an environmentalist who died in July 2021, Tristan Parr, a classically trained cellist, and Alexander Boynes, artist, curator and director of the Canberra Contemporary Art Space. .

At the Belconnen Arts Center until August 21; belcoarts.com.au

Cabaret in the capital

After an audition process, 20 lucky artists will be offered the chance of a lifetime to work with a who’s who of Australian cabaret in a series of workshops. Applications are open to artists of any live performance genre to learn how to write, perform and produce their own cabaret shows.

Successful applicants will showcase their new skills in a performance on August 28. On Saturday August 27, Queenie herself will take the stage in her new show, Choose your own adventurewhere attendees have the ability to choose the evening’s entertainment via their phone.

Auditions are open until July 15; head toward tuggeranongarts.com for your chance to be a cabaret star.

Longtime professional belly dancer Kirsty is teaming up with alternative performing arts hub Flazeda to offer five lucky locals the chance to attend two five-week beginner belly dancing classes, open and accessible at all. Kirsty, who has over 15 years of experience teaching and practicing the art form, recently spent a month in Egypt with a master belly dancer and returned eager to expand and diversify participation .

Flazeda believes in supporting people who can personally or professionally benefit from learning the trade, having created these positions for people who might not otherwise have been able to access them.

A new youth production to change everything

Echo Theater presents its first youth production, It changes everything at the Q – Queanbeyan Performing Arts Center in July.

The play follows a group of young women who have abandoned their lives and moved to an isolated platform at sea. Their plan is to create a new kind of society – a society free from capitalism and the inequalities engendered by exponential growth and failure to act on important issues such as climate change. When they’re done, they’ll introduce their new selves – the Community – to the world and share what they’ve learned.

Created by British playwright Joel Horwood in response to the lack of roles for girls and young women in writing for young actors, it asks to answer the question of what the world would be like if everyone were equal.

To catch It changes everything at Q, Queanbeyan, July 22-30; theq.net.au

Arts Capital’s Board of Directors announced that Carly Davenport Acker would be its new CEO and Director of the Ainslie and Gorman Arts Centers.

Major transformations are underway for the art hubs, including a new round of strategic planning and century-old renovations for both centers. Davenport Acker’s goal will be to implement collaborative journeys for all involved in the arts and centers.

Having previously held leadership positions at major national and international arts institutions throughout his 25-year career, Davenport Acker believes this experience will help put the centers on the map.

“I believe excellence starts ‘at home’ and what we create here can be valued locally and globally,” said Davenport Acker.

The project aims to build meaningful relationships between artist and printer, while allowing the artist to explore and expand their practice with the support of experienced printers.

To learn more about the works, go to the Kingston studio or visit megalo.org

Canberra Weekly I would love to hear from you about a story idea in Canberra and the surrounding area. Click here to submit a topical tip.

In photos: Discovering the dazzling art of Sham’adan belly dancing in Egypt