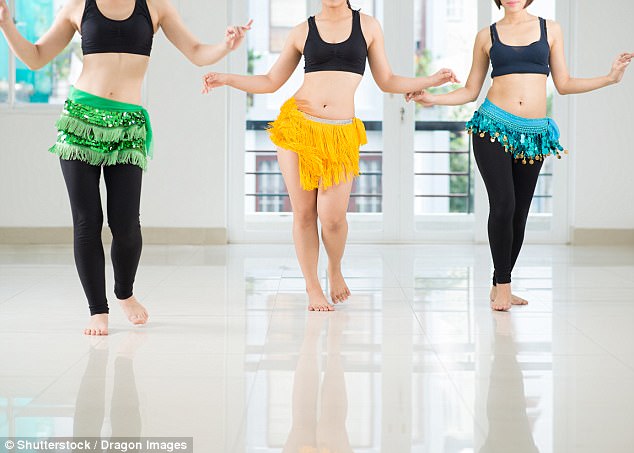 Belly dancing for women in prison: Taxpayer money was also spent on yoga and Zumba classes in hopes of encouraging inmates to stay in shape

By Ian Drury For The Daily Mail

Inmates will be encouraged to stay fit and lose weight by taking belly dancing lessons.

Public money is also spent on yoga and Zumba dance classes for the 425 inmates at HMP New Hall near Wakefield, West Yorkshire.

Taxpayer money will be spent on belly dancing, yoga and Zumba classes for the 425 inmates at HMP New Hall near Wakefield, West Yorkshire (pictured)

Muslim prisoners have the option of wearing a “bandana-style head covering” rather than a “bulky” hijab in an attempt to encourage women to exercise.

The courses were highlighted in a report by the Independent Monitoring Board (IMB), a monitoring body that checks conditions inside prisons and removals centers.

But critics will raise eyebrows that even more taxpayer money is being spent on recreation for inmates at the closed category prison, which houses 40 women serving life sentences.

The report said: â€œThe gymnasium continues to offer sessions for those over 50, remedial classes for people with disabilities, injuries or weight problems.

â€œSessions to include Muslim women led by an instructor and wearing bandana-style headgear to replace the bulkier and more restrictive hijab.

â€œNew classes are being offered which will include Zumba, Yoga and Belly Dancing. “

The study also indicated that drugs were smuggled into the prison by being sprayed on children’s drawings.

It does not specify the type of narcotics, but the entire prison is concerned about the amount of “zombie drugs” used by inmates.

Synthetic cannabis, which often renders drug addicts unable to walk or speak, is often vaporized on paper and sent to inmates as letters.

The prisoners steam the letter with a kettle to let off steam or shred it to smoke it with tobacco.

The report said: “Drugs remain a concern within the establishment, with ever more creative ways being found to bring drugs in. Children’s drawings made with wax crayons were one of the of the latest methods of getting drugs into prison. “

In April, it was reported that foreign criminals were learning to prepare cocktails at an immigrant removal center.

Suspected illegal immigrants are offered training courses on how to be mixologists while awaiting deportationâ€¦ or release on the streets of Britain.

Public money is spent on teaching them how to become bartenders specializing in non-alcoholic fruit cocktails – known as â€œmocktailsâ€ – at the Morton Hall Immigration Removal Center (IRC) in Lincolnshire.