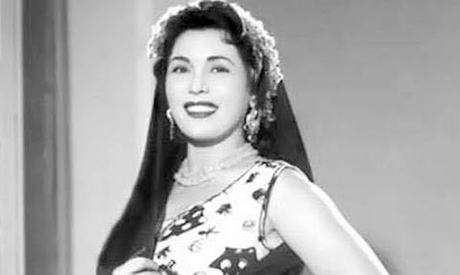 Souvenir of Tahia Karioka: a bit of belly dancing and a lot of comedy – film – arts & culture

You can call Tahia Karioka whatever you want – describe her however you can. You can see her as controversial, daring, and perhaps too confrontational. However, you cannot deny one truth, which is that Tahia Karioka is one of the most important figures in the history of Egyptian cinema.

Born in Ismailia, most likely on February 22, 1915 because there was no precise date of her birth, and she preferred not to say it, Carioca has spent more than six decades in the world of theater and oriental dance. , and died on September 20, 1999.

To add to the mystery surrounding her, her real name is believed to have been Badawiyya, as she said in a radio interview, adding that it was Badawiyya who had been used during her miserable childhood. Yes, Tahia Karioka lived a miserable childhood where she suffered all kinds of physical abuse from her older brother, to the point of shaving her head and preventing him from going out.

At 13, she couldn’t take it anymore. She decided to go to Cairo to connect with a singer, Soad Mahsen, who was an acquaintance of her brothers. Mahsen gave Tahia a warm welcome, then appointed her as an extra in one of the plays she appeared in, holding a spear on the advice of actor Bishara Wakim.

Gradually, Tahia began to practice her hobby of dancing. Soon she joined the company of Badia Masabni, the most famous entertainment artist of the time.

Pioneering director Togo Mizrahi was the first to take note of her and cast her in Dr Faraht (1935), then in The Gendarmerie Sentry (1936). In 1937, she appeared in Behind the Curtains directed by Kamal Selim.

Thus, Tahia became a familiar face as an oriental dancer as she participated in seven films until 1942, most of which were directed by Togo Mizrahi.

However, Tahia feared that she would be treated only like a belly dancer. She considered herself a talented female movie star, especially following her success in the role Togo Mizrahi offered her in Leila, the Country Girl (1941).

She decided to produce films in order to be a recognized actress. Tahia, with actor Hussein Sedky and director Hussein Fawzi, started a production company which they called Youth Films. They produced for free while working on the company’s first role, I Like Doing Wrong Things (1942), which marked Tahia’s first leading role.

Despite the success of this film, followed by other films, Tahia still needed spectacular success to prove her talent. This was achieved in The Concealment Cap (1944), directed by Niazi Mostafa.

With the end of World War II, musicals began to rise in the hands of Hussein Fawzi, Ahmed Badrakhan and Helmy Rafla.

Tahia Karioka has constantly made a place for itself in the commercial formula of this genre of film, like its competitors Samia Gamal and Naima Akef. Both confined their work to one person: Samia Gamal was almost always present with Farid Al-Atrash, while Naima Akef appeared in the films of her director husband, Hussein Fawzi.

Tahia has distinguished itself from these competitors by collaborating with everyone, whether they are actors, producers or directors. Tahia regularly appears in films featuring famous singers, such as Mohamed Fawzi, Karem Mahmoud, Al-Kahlawi, Abdel-Aziz Mahmoud or Farid Al-Atrash.

Tahia has also worked with the biggest stars of comedy, starting with Naguib Al-Rihani in The Lady’s Game (1946) directed by Wali Eldin Sameh, then Ismail Yassin, the comedy superstar of the 50s, in The Hero ( 1950) and My Mother-in-Law is an Atomic Bomb (1951) directed by Helmy Rafla, and Her Ladyship (1956) directed by Hassan El-Seify.

Tahia didn’t mind playing good supporting roles alongside the leading roles. She did it with Leila Mourad in Love Beach (1950) directed by Henri Barakat, with Aziza Amir in Kismet (1950) by Mahmoud Zulfikar, with Faten Hamama in A Good Fellow (1951) by Seif El-Din Shawkat, and with Magda in Plage des Secrets (1958) by Atef Salem.

As viewers continued to admire Tahia as an actress, the question one may ask is why did she stop her dancing career, even though it was this skill that brought her in. in the world of cinema in the first place?

Unlike many other dancers, like her mentor Badia Masabni who was around 40 when she was successful in the movies, or Nabawiyya who was also older, Tahia was not even 20 when she first appeared. on the screens. She had time to assert her presence and shape her creative future, unlike other belly dancers of this period whose cinematic experiences were incomplete except for Samia Gamal and Naima Akef.

At the same time, Tahia does not bother with marginal subjects that would reduce her concentration on cinema. She did not have a business, like Badia Masabni or Marie Mansour, and did not enter politics, unlike Hekmat Fahmy. And it did not engage in disputes with its competitors, like what happened between Beba Ezz-eddin and Badia Masabni.

It is true that Tahia has experienced a number of failed marriages, including her marriage to a United States Army officer who took her with him to the United States, a fact that stalled her film career in 1947, but she was targeting Hollywood and working there.

Appearing in 22 films until 1946 was enough to fix the image of Tahia in the minds of viewers. Because on her return to Egypt, after having divorced, she successively participated in six films, then in 28 the following four years.

Another stoppage in Tahia’s career occurred due to her marriage to Mostafa Kamal Sidqy, the commander of the Iron Guard before the July Revolution. Both were accused, among other things, of conspiracy to overthrow the regime and jailed in 1954.

When Tahia was imprisoned she had 62 films to her credit and starred in distinguished films such as The Lady’s Game with Al-Rihani, I Can’t (1946) with Farid Al-Atrash, Love and Madness (1948) with Mohamed Fawzi and My mother-in-law is an atomic bomb with Ismail Yassin. In the following years, she also starred in the masterpieces A Woman’s Youth directed by Salah Abu-Seif and Samara by Hassan El-Seify (both in 1956). Thus, she quickly found what she had lost in prison.

Tahia has always maintained a good reputation among the public, in part because she did not dance in famous nightclubs, unlike Horeya Mohamed, Beba Ezz-eddin and Hekmet Fahmy. Most of Tahia’s dance numbers have been performed on local or international tours. She also did not want to acquire the title of dancer of the prince, or dancer of the palace, like Thuraya Salem. Even her ambiguous relationship with King Farouk was surprisingly on an equal footing.

All of the above helped to make members of the middle and lower classes accept her actress. It was a perk that no belly dancer appreciated except Samia Gamal and Naima Akef.

Additionally, Tahia had a natural talent for acting. This talent enabled her to pursue a film career after quitting dancing, when her peers could not continue acting.

Tahia was smart enough to keep up with the changing taste of the public. First one of the stars of the musicals that prevailed in the 1940s and early 1950s, she moved on to social dramas, in which she occupied a prominent place, then to family comedies of the 1960s in which she enjoyed to age gracefully while reserving a place. On the screen.

If the credit for Tahia’s film debut goes to Togo Mizrahi and if Helmy Rafla was the director who cast her the most – in 14 films – her most distinctive classics are with other directors.

With the exception of The Lady’s Game, Tahia did not play the role of the oriental dancer / actress in these films. She only relied on her acting abilities as she managed to make viewers forget her retirement time from dancing. This unlike Samia Gamal, who once she retired from dancing, also stopped playing, and also unlike Naima Akef, who, when her health prevented her from dancing, was limited. in supporting roles.

This edge has helped her artistically defy time, growing from a young girl to a mature woman, to a mother who knows what’s going on around her, starting with her memorable role in Mother of the Flange. At this point, Tahia’s roles begin to acquire an obvious human dimension, even when she plays the role of a prostitute in The Road (1964) directed by Hossam El-Din Mostafa, Khan El-Khalili by Atef Salem and Le Mirage by Anwar El-Shennawy.

Beginning in the 1970s, Tahia strove to portray the role of mother differently in each film. This was evident in Take Care of Zouzou (1972) directed by Hassan Al-Imam and in Al-Karnak (1975) by Ali Badrakhan. She played Soad Hosni’s mother in both films, but the difference was monumental.

What’s remarkable about all of Tahia’s roles is that they are strong characters. She didn’t like the role of the weak woman. She has always been the one who takes the initiative and has an obvious influence on events. However, this strong character did not prevent her from showing her charms and her femininity, in A Woman’s Youth and Samara.

When wrinkles began to appear on her fascinating face, the wisdom of time replaced charms and attractiveness, as in Take Care of Zouzou and Oh My Country (1986) directed by Hussein Kamal.