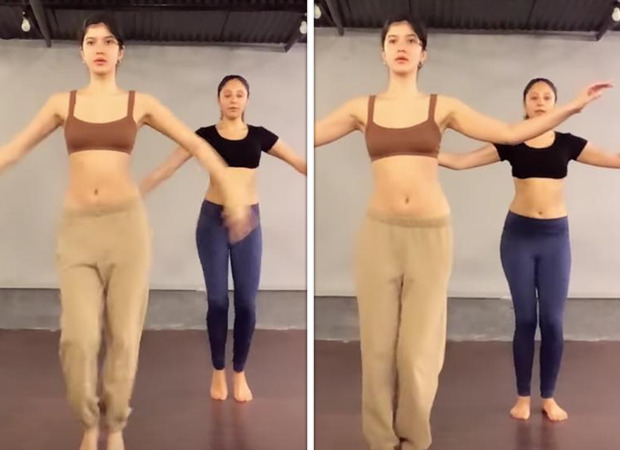 Shanaya Kapoor, daughter of actor Sanjay Kapoor, is getting ready for her Bollywood debut. She is preparing for the same and attends several dance classes to learn different kinds of dance. One of them is belly dancing and she often shares her dance routines on social media.

Shanaya Kapoor recently posted a reel on her Instagram account where she is seen performing a belly dance routine. She is passionate about learning oriental dance and takes classes to perfect the same. Shanaya will soon be making her Bollywood debut and a few dance lessons will certainly go a long way. Shanaya was seen wearing a brown knit bralette which she teamed with fluffy beige sweatpants and she performed the routine gracefully.

Meanwhile, Shanaya Kapoor was the assistant director of her cousin Janhvi Kapoor’s film. Gunjan Saxena – The Kargil Girl. She is now the talent of Dharma Cornerstone Agency and will make her Bollywood debut under Dharma Productions with Gurfateh Pirzada and Lakshya Lalwani.

K-pop video tutorial will be released on July 19