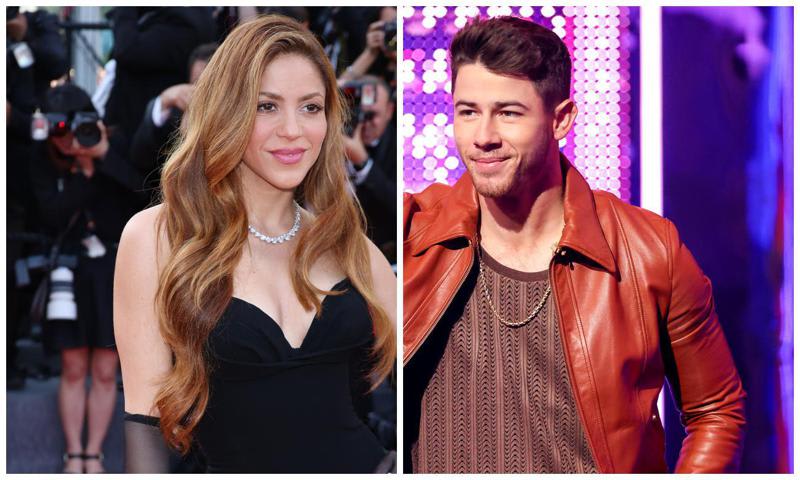 Shakira takes some time to teach some dance moves to Nick Jonas, after being impressed with the singer’s salsa moves, the two judges surprised the audience with an unexpected salsa display, the Colombian artist is now showing off her salsa moves. iconic belly dances and encourages the famous brother Jonas to try.

“The difference when your hips don’t lie vs when your hips lie,” Nick wrote on Instagram, posting a video of the hilarious moment, after Shakira challenged him to do a belly roll. “See, my body doesn’t do that,” Nick replied to the singer.

Fans of the two stars are delighted with their interaction on the show, with one person writing, “Your hips don’t lie Nick, come show us some belly rolls,” while someone else commented, “You look great in trying it,” adding, “I can finally say I can do something that Nick can’t.

Nick’s wife Priyanka later shared the video on social media, supporting her husband and laughing at his belly dancing attempt. “A baby for effort,” she wrote, adding a laughing emoji.

Fans of the show definitely adore the judges’ friendship, with Nick writing in another post “Did you practice your moves?” and encourage viewers to watch the upcoming episode.

Meanwhile, speculation surrounding the breakup between Shakira and Gerard Pique continues, and the singer’s former brother-in-law claims to know the truth. Roberto Garcia, the ex-boyfriend of one of Shakira’s sisters, told Spanish outlet EsDiarioque the problems between the Colombian world sensation and the footballer started over the money.

Subscribe to our newsletter to stay in touch with your culture. Get the latest news on your favorite celebrities, royals and the best beauty, fashion and lifestyle news straight to your inbox!

In photos: Discovering the dazzling art of Sham’adan belly dancing in Egypt