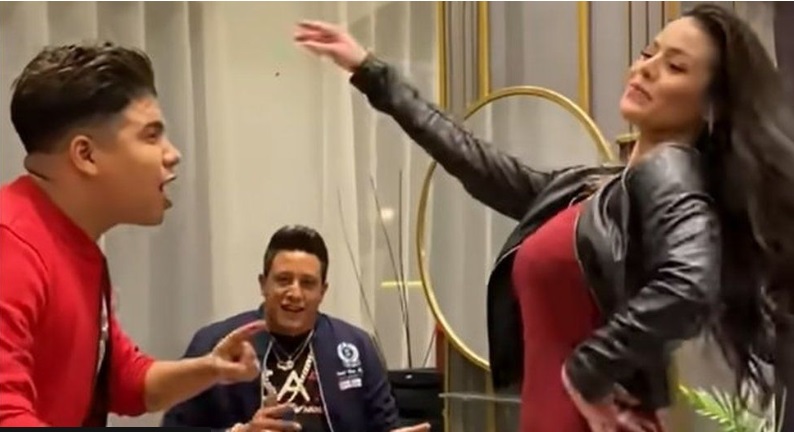 New Delhi: An Egyptian court has been criticized for jailing two popular singers over a video they made featuring a Brazilian belly dancer.

In the clip, they are seen lip-syncing and smiling as the dancer, wearing a long dress and jacket, performs her moves.

Human rights organizations have criticized the court for sending the singers to jail over a video they made with a Brazilian belly dancer.

The video was a YouTube hit in 2020 which has garnered millions of views.

But the court in Alexandria found the men guilty of “breaching family values” in what is seen as part of a wider crackdown on artistic expression, the BBC reported.

They were also found guilty of taking advantage of the video featuring dancer Lordiana, who became famous in Egypt for her slinky moves.

The singers – Hamo Beeka and Omar Kamal – were sentenced to a year in prison and fined 10,000 Egyptian pounds ($540; £435). If they pay the same amount plus fees, they can have their jail terms suspended.

Human Rights Watch says Egypt is increasingly relying on what it calls “abusive and ill-defined family values” to exert control over social media.

He calls for the repeal of sections of the Cybercrime Act that criminalize freedom of expression.

At least a dozen young women acting as social media influencers have been charged with breaking the law, with courts handing them heavy fines and sentences of up to five years in prison.

The latest verdict is part of a wider crackdown on a relatively new genre of low-budget electronic music known as mahraganat, or festival music, which is hugely popular in Egypt.

Human rights activists argue that restrictions on freedom of expression due to public morals must be proportionate, non-discriminatory and clearly defined.