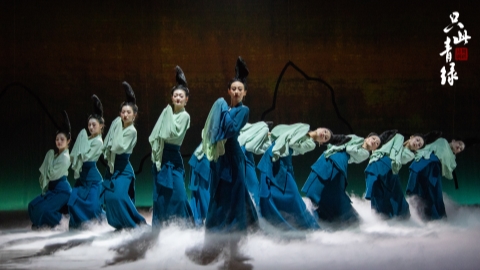 The poetic dance “The Painting Journey – The Legend of a Panorama of Mountains and Rivers” made its Shanghai debut at the Shanghai Grand Theater this weekend.

The dance, showcasing the aesthetic of traditional Chinese painting, is the latest creation of Han Zhen and Zhou Liya, joint directors and choreographers of popular dance drama “The Eternal Wave”.

Unlike previous works by Han and Zhou, â€œThe Painting Journeyâ€ does not have a strong storyline, but presents traditional Chinese culture in a poetic and respectful way.

The work highlights the aesthetics of traditional Chinese painting.

This 900-year-old masterpiece is breathtaking with its grand scale, rich coloring and tiny expressive details. On a single piece of silk, mountainous formations and groupings of infinite variety rise and fall between a cloudless sky and rippling waters, stretching as far as the eye can see in all directions.

The painting is a representative of the “blue-green landscape”. Azurite blue and malachite green dominate, with touches of pale brown.

Han and Zhou had extensive communication with experts and researchers at the Beijing Palace Museum while choreographing the work. A researcher even inspired them to define a character as a guide in the dance.

The dance presents traditional Chinese culture in a poetic and respectful way.

By unfolding the painting inch by inch, the researcher travels through time to observe the process used by the ancient painter to painstakingly create the work, decoding the secrets of its uniqueness.

The audience follows the researcher to explore the legendary world of traditional Chinese art.

â€œThere is a very limited description of the painter in historical books,â€ Zhang said. “I consulted experts on their impression of the painter, chatted with choreographers and tried to create the image and personality of the young painter, who was very dedicated when creating the painting.” 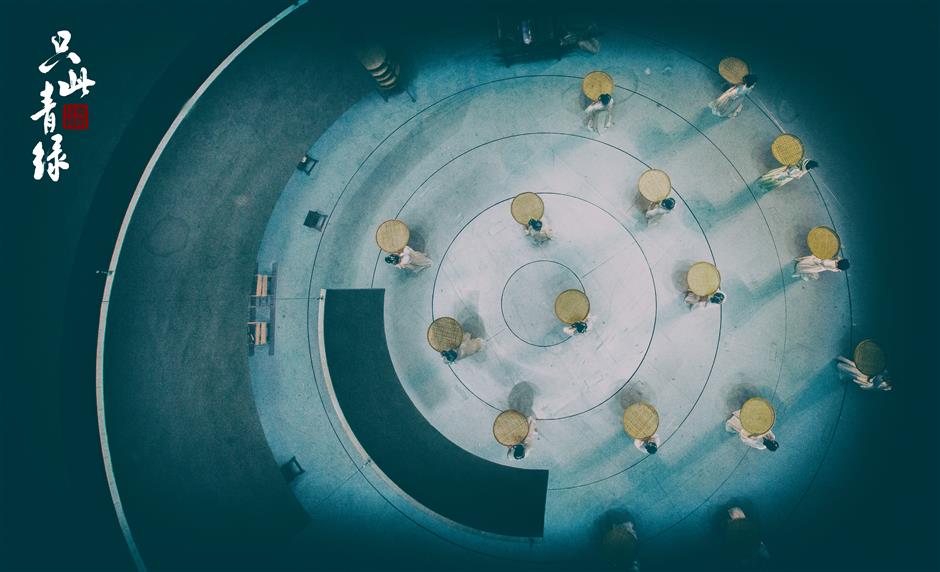 Zhang, who specializes in Chinese folk dance, felt under pressure when he played the role of painter Wang.

â€œFolk dance is often cheerful and outgoing,â€ he said. “But the world of a painter can be very introverted. I get easily emotional when I immerse myself in this role.”

The show is produced by the Palace Museum, the China Oriental Performing Arts Group and the People’s Daily Online.

After the performances in Shanghai, from Friday to Sunday, he will tour nationally and visit cities such as Suzhou, Hangzhou, Qingdao, Guangzhou, Chongqing, Foshan, Harbin and Beijing.