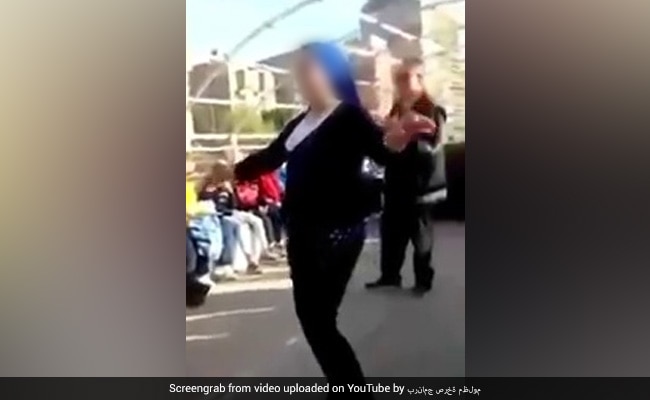 A viral video of an Egyptian teacher dancing on a Nile cruise has angered conservatives across the country, but women’s rights activists are voicing support. Aya Youssef was fired from her job and divorced by her husband after being filmed belly dancing at the social event, reports Egypt Independent. Images widely shared online show her wearing a scarf, long-sleeved blouse and pants as she danced with male colleagues.

Ms. Youssef has been nicknamed “Mansourah’s teacher” by the media. After her video was posted online, she was fired from her job as an Arabic teacher at a primary school in Dakahlia province.

“My life was destroyed because of the video of an unscrupulous person who tried to tarnish my reputation and brought the camera closer to me only to show me in a bad way,” she told reporters , adding that she would take legal action against the person. who filmed it without her permission and shared the video online.

According to BBC, the video sparked an uproar among Egyptian conservatives. “Education has reached a low level in Egypt,” one person wrote on Twitter. “Teachers are meant to be role models. It sets a bad example,” said another.

However, Ms. Youssef found support from women’s rights activists in her country who called her the victim of a “witch hunt.”

The director of the Egyptian Center for Women’s Rights, Dr Nihad Abu Qumsan, offered to help her file a unfair dismissal complaint, while a deputy director of a secondary school in Egypt shared Pictures of herself dancing at her daughter’s wedding.

After a wave of support for her, local authorities appointed Ms. Youssef to teach Arabic at a new school. “The decision of the Daqahlia Directorate of Education to send me back to my job made me feel that part of my life has started to take shape and that part of my dignity has been regained,” said she declared.