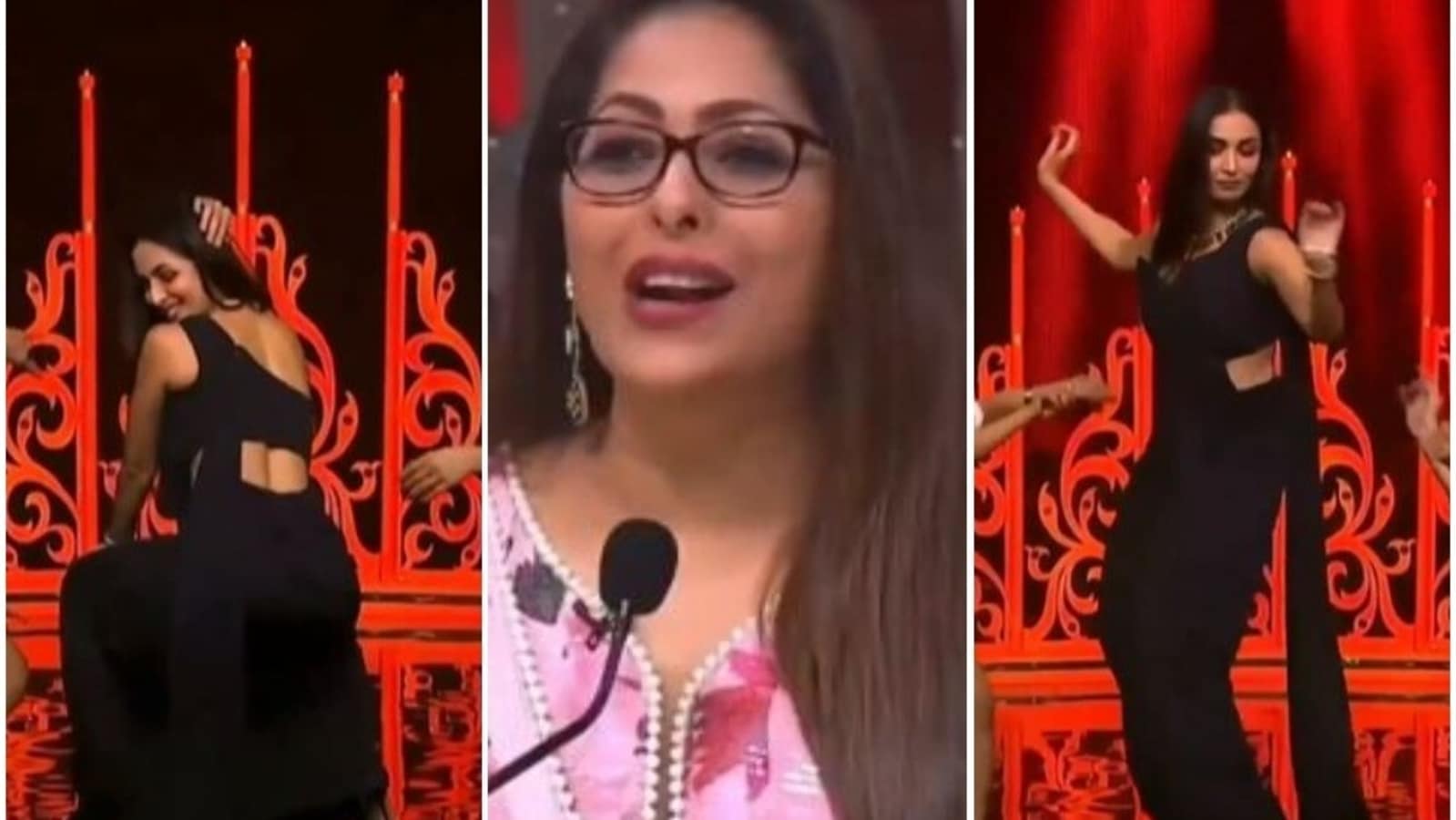 Actress and TV personality Malaika Arora shared a music video on Saturday in which she danced to Binte Din, from Padmavat. The song is sung by Arijit Singh. At one point, she twerks too.

While sharing it, she simply used a hashtag and wrote â€œIBDTHROWBACKâ€. The clip showed Malaika, wearing a long black dress, first attempting a belly dance and eventually twerking to the song. Choreographer Geeta Kapur was a little surprised but laughed.

Dancing is certainly close to Malaika’s heart as she has carved out a place for herself in the Hindi film industry, performing special dance numbers over the years. Recently, she danced with her sister Amrita Arora for a video on Instagram. The sisters matched the footsteps on KiDi’s Touch It. The video showed Amrita pushing her sister out of the frame.

Malaika has been in the news for the past two years for her fitness and yoga videos, her television appearances as a judge on reality dance shows, and her relationship with Arjun. The couple are often featured on each other’s Instagram pages. They do, however, maintain a profile.

Malaika’s son, Arhaan, recently left for his graduate studies. Malaika, who shares Arhaan with her former husband Arbaaz Khan, revealed that it had not been easy to deal with her absence at home.

â€œIt’s really hard and I’m still trying to get used to him not being there. I don’t think I’ll ever get used to it,â€ she told Indian Express.

She previously mentioned how she asked her son to make better use of his time after leaving school last year. He took a break before continuing his graduate studies. She told a leading daily newspaper: “I was clear that even if he was doing this he should use his time well. I told him he had to engage in various things, learn something new. and don’t just sit around wasting your time. ”

Shake it! 4 Shanghai Dance Studios to Get You in the Mood – This is Shanghai