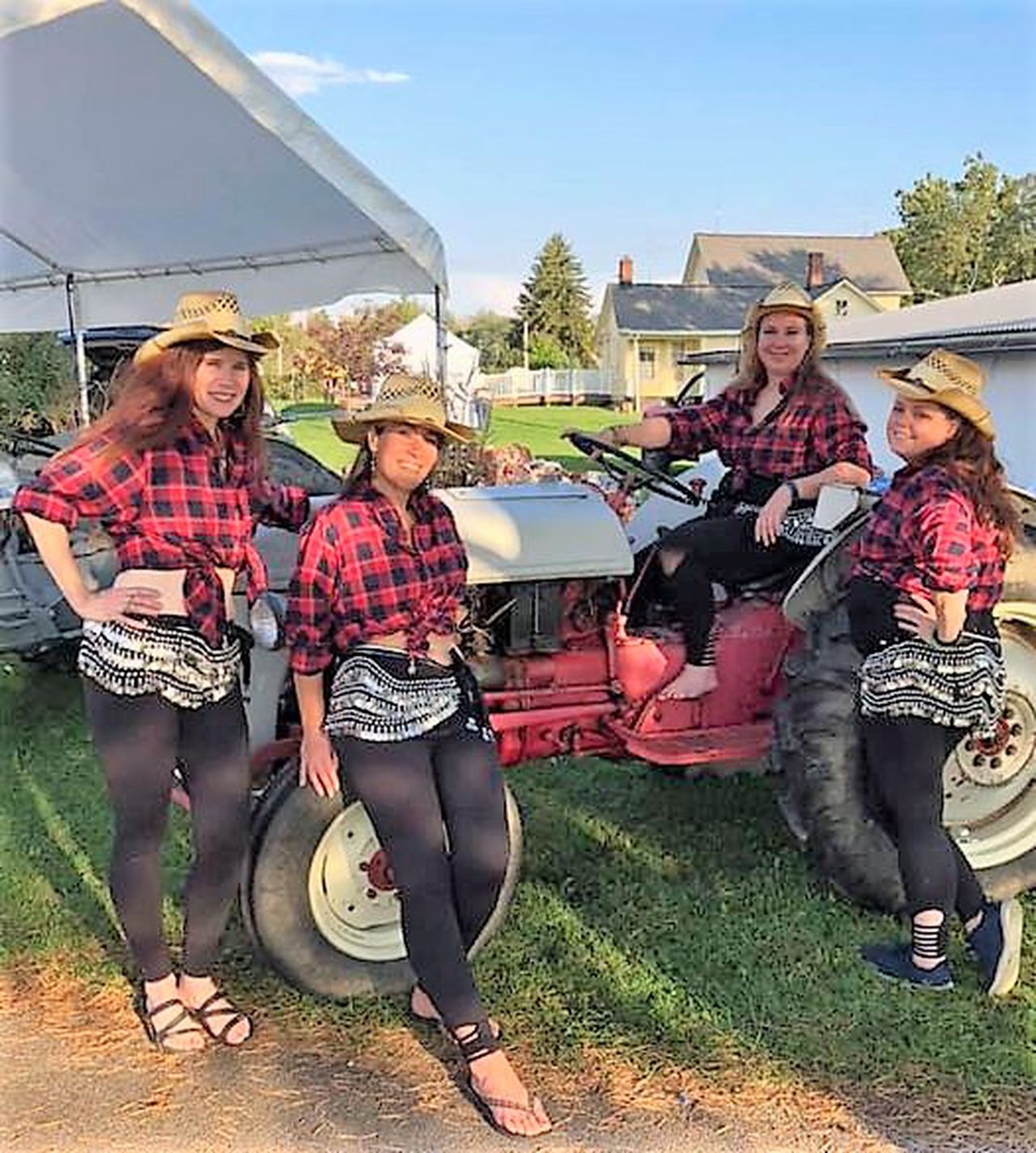 BRUNSWICK, Ohio – When you think of choreographing a dance to Harry Potter music or a hit country tune, you might not immediately think of belly dancing as a genre. But that’s exactly what happens when four local ladies, known as Third Tent from the Nile, take the stage.

With the easing of restrictions related to the pandemic, the troupe has resumed performing live for assisted living facilities and other venues. This year they played two days on the Medina County Fall Foliage Tour and have been regulars at other Brunswick events.

For the second year, the women performed via video for the Canadian Halloween Show, Hips that go Bump in the Night, sponsored by the Almeh Sisters of Belly Dance. And the Cleveland Nerdy Dancers also put on video performances.

With the Heritage Farm barn as a background recently, the four dancers were decked out in plaid shirts, straw hats, black tights and the more traditional belt with lots of bling. Luke Bryan’s music rings out, â€œCountry Girls Shake it for Me,â€ and the rest is pure entertainment.

These busy women, Joyce, Sue, Jen and Jennifer (professionally known as Naia, Akiza, Kisara and Luna) are four ladies from Brunswick who celebrate each other’s love for dance combined with all the other quirks of their lives including, but not limited to, children, spouses, farm animals, jobs and home improvement.

The troupe perform to traditional music, but pride themselves on playing other genres spanning artists like Maroon 5, Shakira, Sarah Brightman and One Republic. Last year’s shows included music from the Pirates of the Caribbean and Harry Potter films, and the country performance was added this year.

Belly dancing, or oriental dance, is an expressive Arabic dance that has its origins in ancient Egypt. It presents movements of the hips and torso. It has evolved to take many different forms in different countries and regions. These ladies call it fusion belly dancing.

The group itself was founded 16 years ago by two women, Cherie and Patty who still support the troupe, but no longer perform. Current members have met through other organizations such as 4-H and faith groups and through other family members.

Everyone has been trained in dance and everyone participates in the choreography of each number. Joyce is the technical director, handling music and video recording.

The troop is just one of many in northern Ohio, each a little different from each other.

Some of the biggest fans of their public performances are children, as they are often invited to join the dancers and have the chance to wear beautiful scarves and fancy belts as they try to move to the beat of the music.

You can find out more about them and see photos of past performances on Facebook at https://www.facebook.com/thirdtentfromthenile/about/