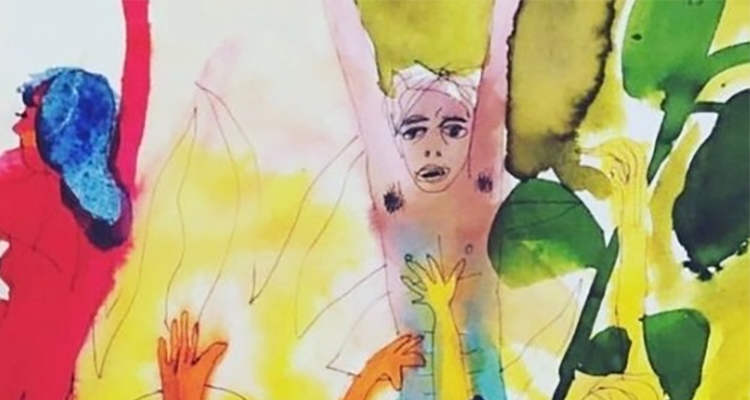 Listen to ‘I Don’t Even Dance’, Camden’s first single in over 20 years

OAt the turn of the last millennium, four musicians from Milwaukee joined forces to form Camden. During their brief but commendable tour, the indie-tinged emo outfit toured with Death Cab For Cutie and The Promise Ring, while leaving a lasting mark with the band’s impressive debut album, Coil Time Canvas. Sadly, Camden’s untimely breakup shortly after the turn of the century made the band’s debut album their last as well…for a while, at least.

Last year, when much of the world was isolated and relied on things like Zoom happy hours and FaceTime chats to stay in touch, longtime friends and former Camden bandmates , some of whom went on to star in Promise Ring, Decibully, Eric & Magill, and Dramatic Lovers – reconnected and decided to write and record a song together remotely for the first time in over two decades. After that, as the band puts it, “the floodgates were open” and new music started coming out.

So much new material has come in, in fact, this long-disbanded quartet managed to complete an entire album of songs in early 2021. This collection of material can be heard on Skeleton wedding, wedding music, the next album from Camden which will be released on all streaming services on November 29th. Using many of the same instruments used on the debut album, the sequel’s 10 unexpected songs take on the band’s original sound, but according to a press release, also bring in new influences and examine topics like “the loneliness of confinement, the fragility of life, death and love, with the burden of middle age romanticizing a past that never happened”.

Prior to Skeleton wedding, wedding music, Camden recently introduced the new album with a music video for the band’s first new single in over 20 years. The video for “I Don’t Even Dance” was edited by Camden member Ryan Weber, who augmented public domain footage of the dancers to match the mood and tempo of the murky and emotional shoegaze track. Party like it’s 1999 and watch the video for “I Don’t Even Dance” below.