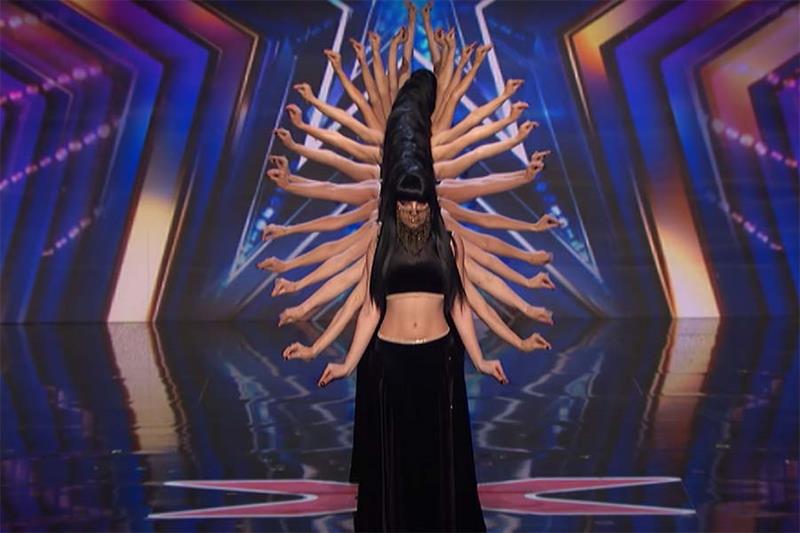 The golden buzzer was presented to the cast by Sofia Vergara, a Colombian-American actress and one of AGT’s jurors.

The Mayyas performed in front of a jury that also included Simon Cowell, Heidi Klum and Howie Mandel.

Mayyas, an all-female troupe, follows the artistic direction of choreographer Nadim Cherfan, who “brought a new style and a new dance technique to Lebanon”, explains one of the dancers in a video projected before the show.

“I grew up watching America’s Got Talent and was inspired by so many people, but what really got us to audition this year was Nightbirde,” Cherfan said, referring to a young singer based in Ohio who auditioned in Season 16.

Bringing the audience and jury to tears with her gripping performance and self-penned song and lyrics, Nightbirde received a buzzer of gold. The song, titled It’s All Right, was about his positive approach to life. The positivity was particularly touching given the singer’s difficult state of health – a widely metastasized cancer – which ultimately led to her passing earlier this year.

As Cherfan explains, Lebanon is not a country where dancers, especially female dancers, can build a solid career on their art. At Mayyas, women have “a free, safe and creative space to dance,” noted one dancer. “We want to show the world that we are capable of standing tall as really strong and powerful women.”

“[In her audition]Nightbirde said ‘we can’t wait until life is gone to decide to be happy,'” Chefran recalled.

Stepping onto the AGT stage, the Mayyas explained that the troupe’s name is taken from an Arabic word meaning “the proud march of a lioness.”

The dancers stressed that their biggest dream is “that we are here, standing on the biggest stage in the world, is our only chance to prove to the world what Arab women can do, the art we can create, the battles we are fighting”.

Playing to “hypnotizing” oriental music, as the dancers explained, the troupe performed a show that combined oriental dance movements with contemporary dance forms, all following an impeccable synchronicity that formed captivating imagery.

After the performance, Vergara said “there are no words to explain to you how we felt here. It was the most beautiful and creative dance I have ever seen.”

“It’s really, really going to make a difference. Period. In so many positive ways. It’s a part. And then it was arguably the best dance number we’ve ever seen. And we’re honored to have you here,” added Simon Cowell.

As the tension grew, Vergara pressed the golden buzzer that allows the contestant to skip straight to the live show.

The Lebanese troupe has already won another international competition. In 2019, they won the sixth season of Arabs Got Talent and competed in Britain’s Got Talent: The Champions the same year.