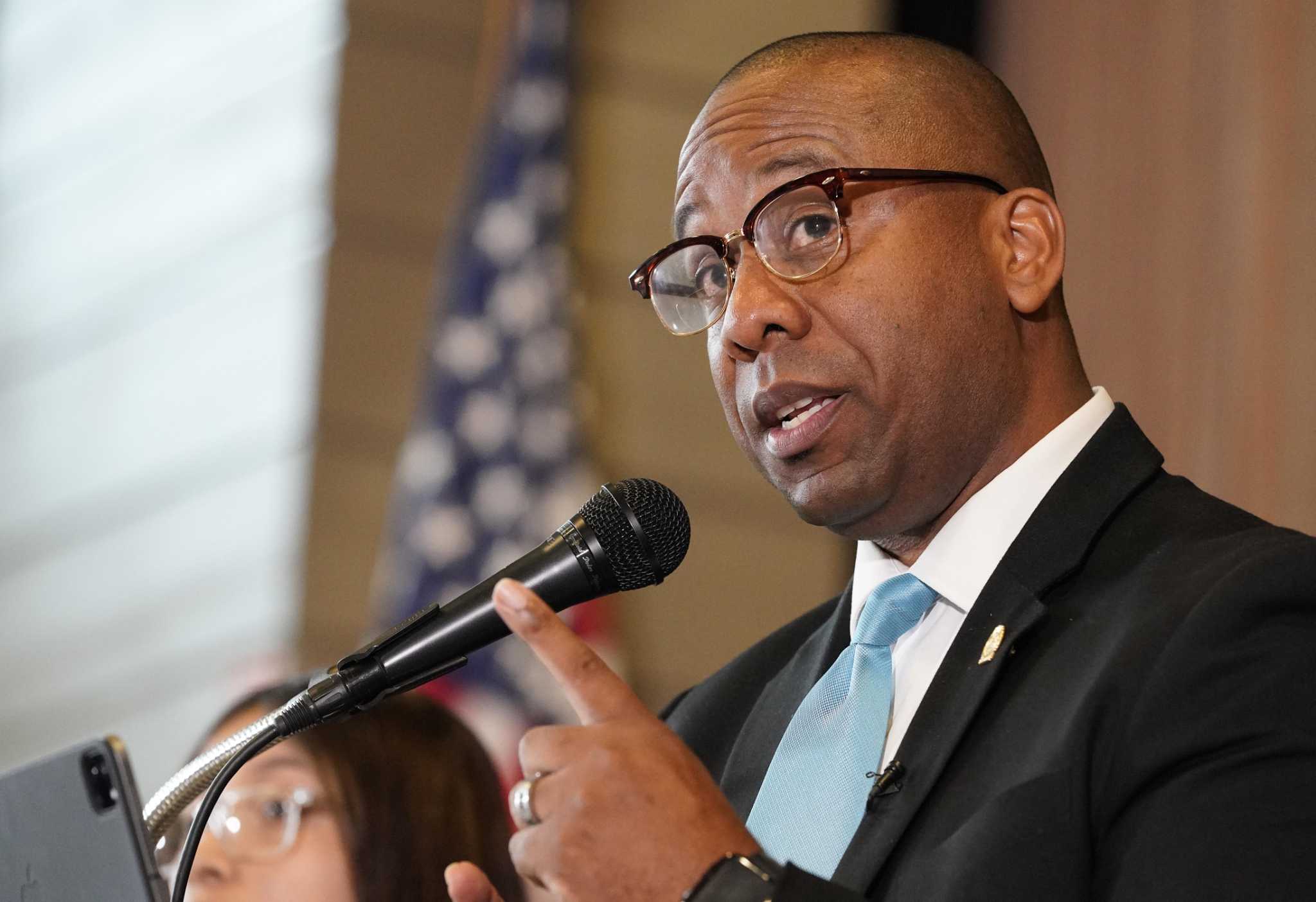 Houston’s new ISD superintendent Millard House II said on Wednesday that teaching would take place entirely on campus this fall for the state’s largest school district as it emerges from the coronavirus pandemic.

House’s remarks at Sugar Grove Academy, his first since debuting as Superintendent of HISD last week, offered a glimpse into his vision for the district for his first 90 days. In addition to aiming for “100%” in-person learning, he said he plans to re-engage students and start tackling the inequalities that he believes are critical to student success.

â€œAs the new superintendent, my job is to ensure that students and staff have a fair chance at success by leveraging resources to mitigate disruption to learning,â€ he said. “It means we have to recognize where we have failed and forge new paths from start to finish.”

House comes in as the district faces a number of challenges. Texas districts must submit plans for the hundreds of millions of dollars they will receive in federal stimulus money. The results of the recently published standardized tests showed that the students were even further behind. During this time, other students stopped attending classes altogether.

He did not elaborate on the district’s plan for the use of federal money, but said he hoped to share the plan in the following weeks.

To allay concerns about the spread of COVID-19, House pointed to scientific studies of community transmission in classrooms, a decrease in the number of confirmed cases in the district and county running 4.3% positivity rate. He noted that a vaccine trial was underway with elementary school students and said he didn’t think schools should require vaccines.

As the father of a 10 and 16-year-old, he said, he understood parents’ anxious feelings. More than half of HISD’s 197,000 students remained in online courses until February.

He plans to hold community forums over the next two months and welcomed contributions from everyone, especially people who have not always had a â€œseat at the table,â€ he said.

While recently released standardized test results showed the pandemic’s detrimental impact on student learning, House said the data also provides an opportunity to examine the plans currently in place and how best to cope. to academic losses.

He called previously announced plans to add 15 days to the school year as a “first step” that will give students time to catch up, but said it was not a “way to get there” .


â€œMy mission as superintendent is to maintain and develop a rigorous teaching and learning environment that provides each student with a sense of belonging or to help students grow intellectually, emotionally and sociallyâ€, a- he declared. “It is no small task, as you all know, but it is vital – I mean vital – that we do it and that we execute it the way we plan to do it.”

House’s visit to Southwest Houston College began with a visit where he met students, teachers, and staff.

He listened to a circle of young people read aloud â€œNo Promise in the Windâ€ and, as a teacher, taught how different types of processes have influenced the growth of representative government.

He smiled, spied papers on student desks, and stopped to take pictures.

In an outside school garden, standing between an empty bed of dirt and a bed of phantom tomatoes, peppers and peppers, House asked a handful of students, hoes in hand, to tell him their names.

He repeated each student’s name after they introduced themselves and returned the salute.

â€œI’m Millard House,â€ he told them. â€œI am your superintendent. It is a pleasure to meet you.”