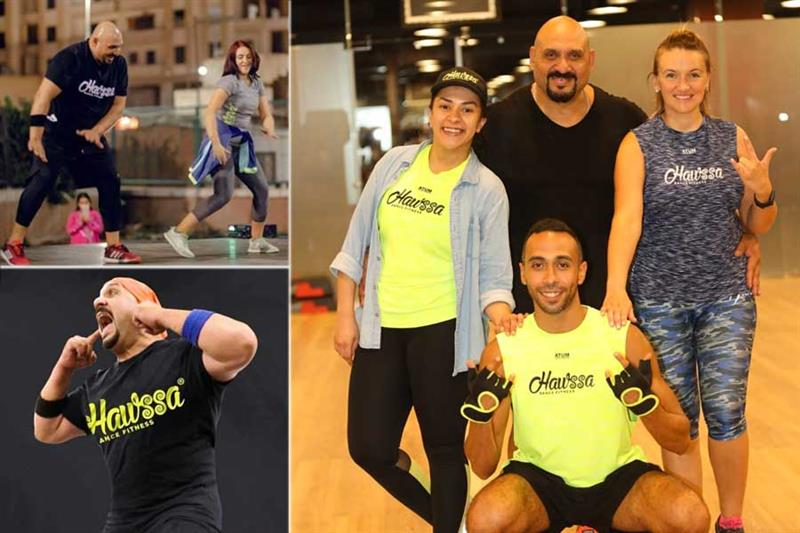 As a young athlete, the Egyptian coach was a former bodybuilder in the France team before returning to Egypt in 2010 where he designed and created his own â€œHawssaâ€ Egyptian dance fitness program in 2019.

The courses have a different atmosphere; trainees strive non-stop for an hour to listen to the latest versions of trendy Arabic music.

Each song has three or four musical phrases, each employing the same physical movement. The movements are clearly linked to the melodic line, flowing easily and naturally from one to the other.

â€œThere are no awkward or complicated physically demanding movements. Skills are constantly improving. The more you practice, the better you will master your movements, â€he confirmed.

“It’s pleasing to the ears of the trainees. It’s so close to their language and their cultural heritage,” Ahmed added.

The dance fitness program is certified by the CID-UNESCO (International Dance Council-United States Education Scientific and Cultural Organization) in Paris. The CID is the official umbrella organization for all forms of dance in the world and is the official partner of UNESCO.

The place attracts professionals from many countries, 70 Egyptians and 130 professional Hawssa instructors from all over the world.

Instructors point out that the benefits for physical, mental, and emotional health are endless.

â€œThe Hawssa dance fitness program is aerobic exercise like running and swimming. These are not body toning exercises, â€explained Ahmed.

“This increases the efficiency of the heart’s ability to pump blood, allowing more oxygen to reach muscles and organs,” he added.

The Fitness Program is an easy-to-follow choreography routine that focuses on a balanced range of motion and coordination.

The Hawssa app is designed to make it easier to practice at home. It guides beginners to explore and see the movements in slow motion to know how to perform them correctly.

â€œWe’re making few changes, adding new features and updates to the version. An application will be available to all users by next February, â€he concluded.