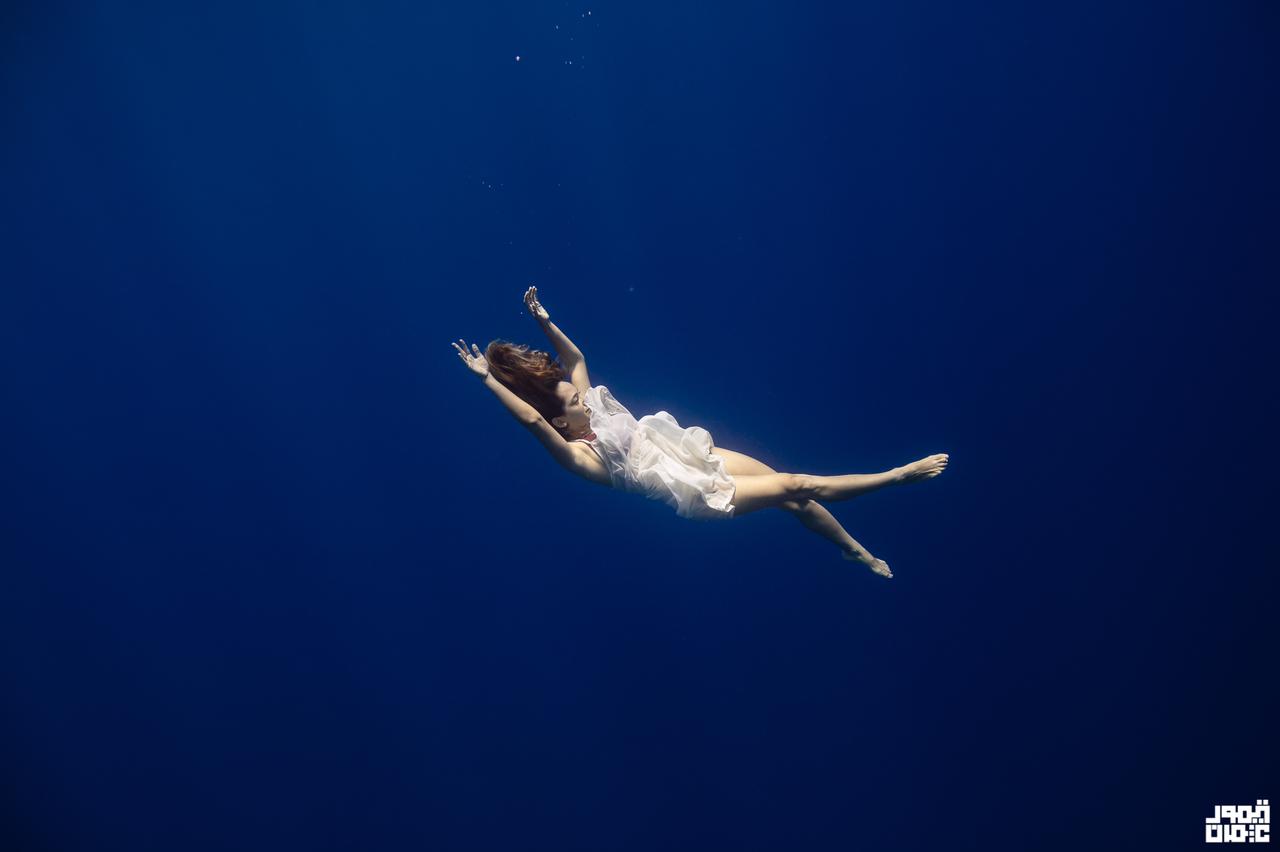 The first two times Raghda tried a water massage (hydromassage), she came out of the water crying tears of pure joy. “I hugged them because I was so happy, it was a random explosion of emotions that can come out at any time as any stuck tension is instantly released,” she says.

But it’s not just a “luxury” treatment. In fact, it is an ancient technique that has been used for centuries, and the water is commonly used as a therapeutic technique because it is scientifically proven to relieve stress and anxiety. The gentle water pressure is strong enough to push toxins out of muscles and soft tissues, which in turn creates a feeling of weightlessness and softness that helps relieve pain and strong emotions.

For years, our overactive minds ruled our entire being. Being glued to technological devices and sitting behind desks all day, most of us have been so busy thinking, planning, organizing and plotting that we have forgotten the vital role our bodies can play in influencing our lives. In her 2021 book “MOVE! The New Science of Body Over Mind”, Caroline Williams acknowledges that the practice of movement is sorely lacking in our society, despite the fact that there is ample scientific evidence and knowledge general information on the benefits of movement.

“It’s time for the medical profession — and those who fund it — to stop treating movement as an optional supplement and invest a lot of money in movement-based treatments and therapies,” she says.

Raghda Ezz El Din is the founder of Blue Odysea, which offers water-based programs that allow people to experience various movements of water so that they can flow, dance and express their emotions in a state of deep relaxation and fun. It is also one of the very first programs in the world to introduce a unique underwater dance program for women, which is rarely offered or known even worldwide, notes Raghda.

“Underwater dancing is very new. If you google it, you will only find two workshops available. Few people have heard of it and there is hardly any program, so Magdoline Nader – my ballet teacher – and I are creating a program from scratch,” she says. “I want to get the message across that it’s not just for athletes or dancers or divers, but it can be for anyone, and especially for mothers who are stressed about their lives and their children. .”

The journey of her connection with water started at a very young age, as Raghda Ezz ElDin’s father was a scuba diver, which inspired her to take up the same sport as well. After taking her first scuba diving lesson, she immediately fell in love with it and the feeling of “flying” through the water, which was exactly the feeling she was looking for. However, she later realized that this feeling came from the experience of being in the water, and not from the sport itself.

On another trip, Raghda decided to go snorkeling instead while everyone near her went scuba diving. She continued to practice sinking deeper into the waters and resurfacing, and repeating this until she reached the ground. “I couldn’t believe I had dived so low, about 10 meters. There was an instructor looking at me and he approached me to ask if I had ever done freediving. I asked him what it was and he told me it’s another sport I will enjoy. From then on, I immediately went to Dahab and signed up for the freediving program.

The experience of snorkeling or just diving deep into the waters can sound terrifying, but Raghda says it’s actually easier than many think. The first ways we can begin to connect more deeply with our body can be so simple, as simply breathing and moving, and committing to listening to our body rather than working against it.

“It’s more of a mental sport than an athletic sport, as those who practice yoga and meditation are able to dive deep to lengths that have taken many years to do the same. To progress in the sport, you need to progress in relaxation, so you use techniques such as visualization and meditation techniques, this is simply to “trick your mind”, because your mind has placed a negative thought towards diving and that staying under the water for a long time is dangerous,” notes Raghda.

Raghda adds that water as an element is not new or foreign to us as mammals, but was an integral part of the life of ancient human communities. “The very idea of ​​apnea is very old and lives inside of us, as humans used to dive for fishing. There is a famous documentary about the nomadic Bajau tribe, who live near the waters of the Philippines, Malaysia and Indonesia, where they dive to hunt fish or search for natural items that can be used in crafts.This experience has helped them adapt genetically to diving.

After finding herself in the sport, freediving eventually became her obsession. Raghda started competing and training at Nady el Gezira 2-3 times a week. She then entered a competition in Dahab and achieved two national records. “I really loved the idea and wanted to represent Egypt and break my record, but I started losing the feeling of being in the water and the ego started seeping in,” says -she. “It started to get super stressful for me, because I was so focused on breaking records rather than the relaxed state of mind, that’s why I ended up getting injured.”

The injury prompted Raghda to change direction and focus on the mindfulness and “state of mind” experience diving can offer, founding Egypt Free Divers in 2016 with Ahmed Soliman, which included regular trips , programs and awareness of the new sport. “No one in Egypt knew about this sport, there were only about 40 people in all of Egypt who joined us and knew about it, until we started doing more marketing, supporting and sharing photos to help expand the community,” she says. .

“After I started to get out of the competition vibe, I thought about completely changing our approach and getting back to our real purpose. Our new philosophy was that there were no instructions, no counters specifics or how long they had to stay in the water. It’s just personal experience, she says.

“We took the numbers out of the equation and focused on the mindset, focusing on mindfulness, yoga and breathwork, and developing the program based on that. We wanted to teach people that water is like a mirror that reflects your personality. Just like hiking and windsurfing, each element reflects your personality when you dive into it. You look at yourself and how you behave whenever emotions arise, which means it’s a journey of self-discovery and discovery of your body and mind,” adds Raghda.

However, later, Raghda began to realize that most of her clients (80%) were men, and she wanted to find a way to include women to help de-stress their bodies, due to the many stresses on them. are imposed by society.

“The feeling of being underwater is what’s called sensory deprivation. Sensory deprivation is something they use for treatment these days. The whole point is that the life we’re living right now is doing that our senses are bombarded with a lot of things. It becomes like a sensory jungle. So when you enter the water, sensory deprivation occurs. There are no distractions around you and so you start to feel a sense of calm. Many use it as therapy for those who are stressed or anxious,” she says.

It all started by chance during her trip to Dahab, where she jumped into the water in a dress and started freestyling. It helped spark her underwater dance videos on social media, where she is filmed by her friend Roberto D’Ugo Pardi doing random steps and stretches with music playing in the background, and expressing herself freely. through its underwater movements.

“After the videos went viral, more girls started messaging me, so I realized the only way to get more girls into the business was to include an artistic element in the program and focus on underwater dancing,” she says. “It’s not like water ballet, because you have the freedom to create your own dance or discover your own dance. We teach them the basics, like how to dive and float, but then let them explore through their own senses to develop their own movements.

Raghda organized her first trip for 15 women from different backgrounds and rented them a villa to carry out the dance program and underwater massage. First, they undergo a massage to relax and some stretching exercises out of the water, then stretch in the water before diving in several times to see how you feel and explore different body movements.

“Each woman brings out her own feminine energy. We met some girls who were extremely shy before going underwater, then once they got in she brought out her own feminine goddess energy and was very sensual and moved freely in her body,” she says. “In our society, there are a lot of constraints on how women act and express their personality, but after this experience, many women told me that it changed the way they feel, talk and move. , and even their relationships with their partners, so it can impact every aspect of their life and personality.

“Giving women the space to do what they want and express their femininity, and being surrounded by the women who support her, allows them to fully and freely connect with their personality and express what they most have. deep within them.”

A tale of turbulent waters: Egypt, Ethiopia and the Nile

Get in shape with belly dancing like Minissha Lamba

Free Ballet Classes for Seniors in Phoenix: How to Sign Up