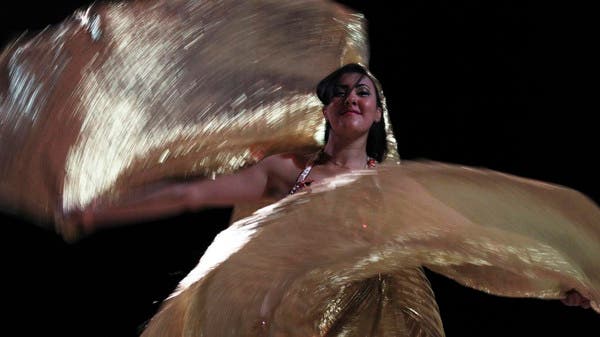 Egyptian and Turkish belly dance – between stigma and artistic expression

Bellydance did not emerge from an open culture that advocates feeling comfortable with our body according to Latin American cultures where dance is an integral part of life to the fullest, not just behind closed doors or for special occasions.

Thanks to Egypt and Turkey, dancing in the Middle East is mainly attributed to a long history of entertaining performances, mainly known as Raqs Baladi in Egypt and Oryantal Dans in Turkey.

The Egyptian and Turkish cultures were not likely to produce such artistic expression with their well-known dominant conservatism.

However, dance has somehow found its way into modernity, perhaps thanks to its religious and ritual origins that stretch back to ancient history, as many engravings depicting dancers have been found in ancient regional civilizations, in especially Egyptian.

Thanks to Egypt and Turkey, dancing in the Middle East is mainly attributed to a long history of entertaining performances. (Shutterstock)

The stigma that accompanied the art of belly dancing can also be linked to the Ottoman era, reminiscent of the harem pants era and the Burqa period that accompanied the gender oppression of women who had to be creative and experimental. in domestic confinement to please their men.

Since then, belly dancing was considered “haram” or “sinful”. This view gradually changed with the rise of the entertainment industry – 20th century film and television productions.

In Turkey, strangely enough, both men and women performed belly dances as the sultans employed male and female dancers which became extremely popular. Role swapping was a dominant part of the art that eventually evolved to mimic modernization to Western standards and tastes, especially after the rise of the American entertainment film industry.

With an emphasis on women and as an expression of allure and seduction, the art of belly dancing, movements and costumes have also seen innovation. Some features have been retained, such as the extravagant ‘Badla’ (costume) with its scintillating needlework and the use of the loud metallic ‘Sagat’ (zils or finger cymbals) which is present both in the lines. Egyptian and Turkish.

Initially, no bare belly was exposed. However, now belly dancing costumes in Turkey and Egypt are more revealing and high heels are essential for Turkish dancers as opposed to barefoot dancing according to the Egyptian school.

Each country has developed its own belly dancing trend. When it comes to the Egyptian school, the audience is embarked on an emotional journey with smooth, lean movements, while the Turkish school employs “quick and furious rotations and shimmies, crisp isolations and evocative groundwork. Â», According to Bellydanceu.net. The Turkish style comes across as more lively and fiery, unlike the more controlled Egyptian belly dance style.

In modern times, the stigma that professional performers suffered in the past has diminished, although it has not gone away. Many well-known Egyptian dancers and performers were revered for their talent, including names such as Taheya Karyoka, Samya Gamal, and Naema Akef.

However, no modern dancer has been able to claim its status as a fine art which has been documented in many famous Egyptian films.

When it comes to male belly dancers, Turkish and Egyptian male belly dancers are bouncing and becoming more and more popular in tourist spots and nightclubs, but still struggle to express themselves as freely as their female counterparts.

Latin American singer and performer Shakira rose to fame and reinvented belly dancing, blending her Colombian and Lebanese heritage with her trendy line of Latin music.

She is often seen in her concerts in oriental dance attire and her characteristic oriental movements are central to her routine which has brought her to worldwide fame.

Belly dancing is considered to be one of the most wonderful forms of dance that will remain unique to the Orient. It is still difficult for dancers of other ethnicities to imitate the flexible movements that seem to be designed solely for the genealogy of Middle Eastern dancers.