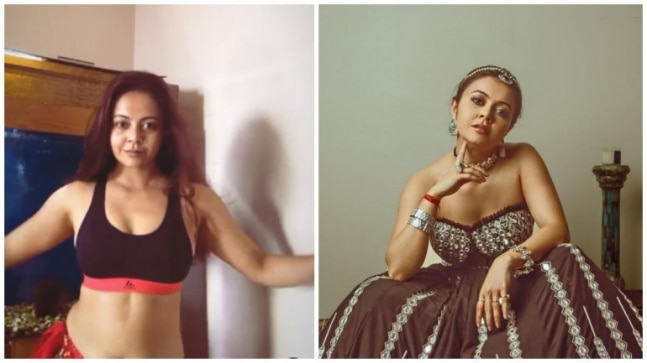 Devoleena Bhattacharjee recently took to social media to post a video of herself belly dancing. Many of her fans and followers commented on her video praising the actress.

Devoleena Bhattacharjee recently posted a video of herself belly dancing.

Devoleena Bhattacharjee loves posting her dance videos on social media. She recently shared a short video of herself where she is seen belly dancing. The actress, in love with this dance form, said that she was still learning it. Devoleena promised her fans that she will post the full video after she completes her belly dancing class. Many of her fans and followers were impressed with her stunning moves and left sweet comments on her post.

For the uninitiated, Devoleena Bhattacharjee suffered a back injury in 2013 after which her health issues worsened over the years. However, that hasn’t deterred the actress from following her passion for dancing, as she regularly posts great videos of herself. In her latest social media post, Devoleena is seen nailing the belly dance wearing a black sports bra and fitted belt adorned with beads, sequins and embroidery. She left her hair loose and opted for a no-makeup look.

Devoleena Bhattacharjee captioned her post, “Practice. Practice. Practice. In love with this dance form. I haven’t learned properly yet how to post a full dance. I’m still learning. But I’m sure as soon as I have finished my course, I’ll share with you all for sure. Until then, enjoy (sic).”

Check out his video below:

HOW DID THE FANS REACT?

Devoleena Bhattacharjee’s video impressed many of her fans. While one fan called her “stunning”, another expressed concern over the actress’ back injury and wrote, “Do it slowly or else your spinal pain will start again (sic).” Many even dropped fire and heart emojis on her video.

Check out some comments below:

Devoleena Bhattacharjee often posts her dance videos on social media which impress her fans and followers. In fact, she had started her showbiz journey as a contestant on the reality show Dance India Dance 2. She is also a trained Bharatnatyam dancer. Many of his videos also go viral on social media.

Check out some of her dance videos below:

ON THE FRONT OF WORK

Devoleena Bhattacharjee has become a household name after her performance as Gopi Bahu in Saath Nibhana Saathiya. In 2020, she reprized her role as Gopi Modi in the second season of Saath Nibhaana Saathiya. The actress made her acting debut with Sawaare Sabke Sapne Preeto in 2011. She was also a contestant on Bigg Boss 13, however, after two months she had to quit the show due to medical issues.

Click here for IndiaToday.in’s full coverage of the coronavirus pandemic.