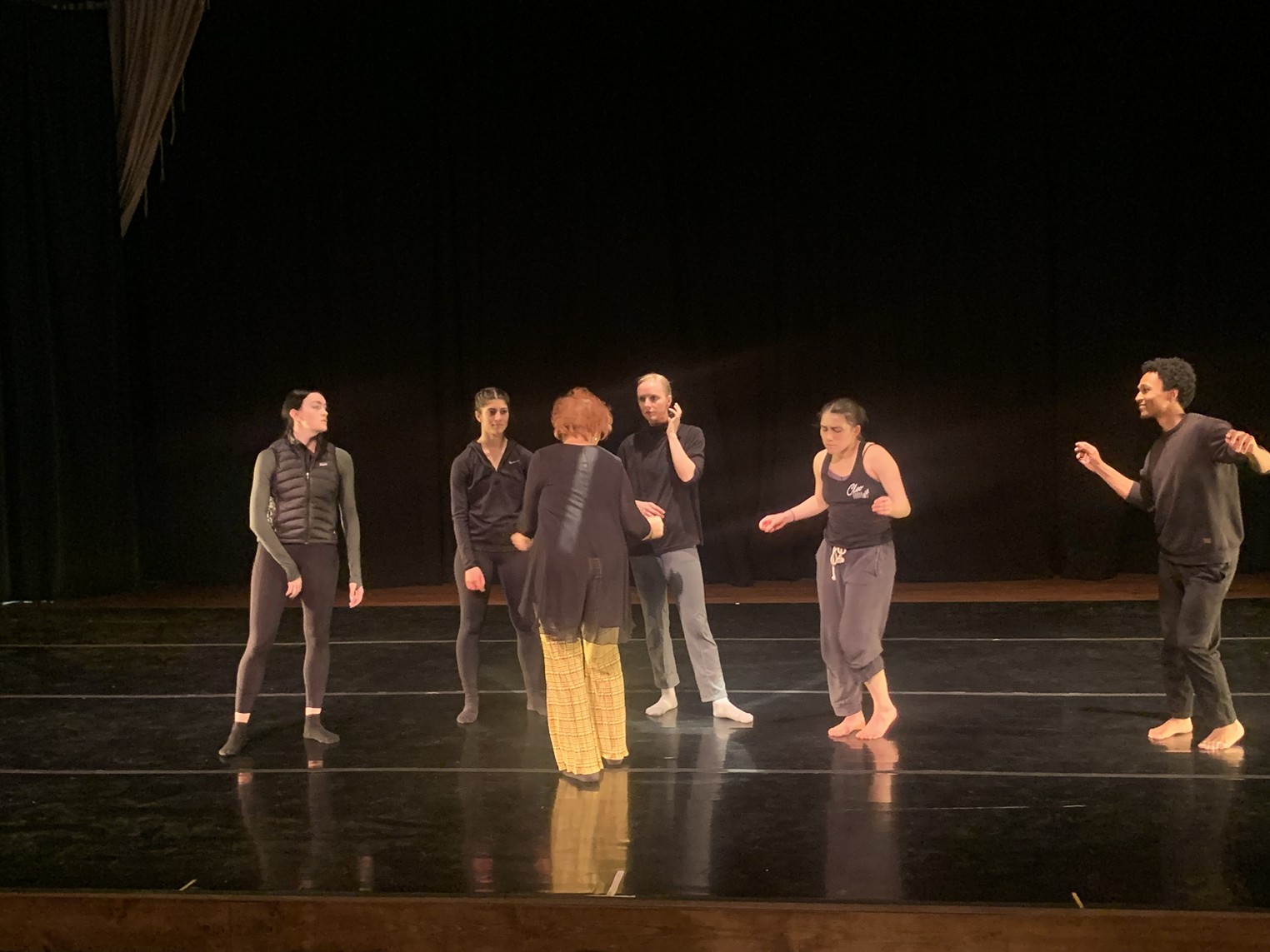 Social awareness has always been important to the Denver Gay Men’s Chorus, and “Motown and More,” one of the shows he had planned for the 2020 season, is no different. The group wanted to entertain audiences with songs such as Whitney Houston’s “I Wanna Dance With Somebody (Who Loves Me)” while educating about the songs’ social impact and connection to the civil rights movement, including “What’s Going On” by Marvin Gaye. ?” and “Think” by Aretha Franklin.

“Black music has always brought about change,” says the artistic director and general manager of the DGMC James Knapp.

Of course, the COVID pandemic hit and put a stop to large groups of people singing in a room. The year 2020 also saw the deaths of George Floyd and Elijah McClain at the hands of police, and the ensuing protests against police brutality that swept the country. Watching these horrors unfold and the backlash, particularly the Black Lives Matter movement, has caused Knapp to question his own role in the world.

“I’m not racist,” he said. “I knew it. But what I didn’t realize that was so important to me – and I only speak for myself – is that it wasn’t enough not to be racist. I have to be anti-racist. I have to take action in what I do, where I write my checks and where I donate my time.

Knapp saw an opportunity to make a deeper impression with the Motown show, which will now take place on Friday April 1 and Saturday April 2 at the Ellie Caulkins Opera House. Performances will also include a collaboration with Cleo Parker Robinson Dance.

The set features a variety of songs from popular black musicians – Gladys Knight and the Pips, Stevie Wonder, Martha and the Vandellas and John Legend, to name a few. Aurora’s Ridgeview High School Choir will also join the DGMC onstage, for a total of approximately 170 singers.

“We were already addressing things like white privilege, inequity, violence against African Americans, especially black men,” Knapp says. “All of this was originally in the program two years ago. But it was not as pronounced as in this program.

The event will also include composer Joel Thompson’s “The Seven Last Words of the Unarmed”, which sets to music the last words of seven black men killed by police or authority figures: Kenneth Chamberlain, Trayvon Martin, Amadou Diallo , Michael Brown, Oscar Grant, John Crawford and Eric Garner. Taking inspiration from Haydn’s “Seven Last Words of Christ”, Thompson took inspiration from visual artist Shirin Barghi’s #lastwords project to structure the work. The piece premiered in 2015 at the University of Michigan, according to the organization Seven Last Words.

“This piece was written in response to his grief,” says Knapp. “He’s an African-American man, and he just had to express himself.”

The performance features three songs in collaboration with iconic Denver dancer and choreographer Cleo Parker Robinson and the dance company she founded. The collaboration means a lot to Knapp, as he considers Parker Robinson to be one of Denver’s leading ladies and “one of the most amazing human beings I’ve ever met,” he said.

“It’s one thing to have huge talent,” Knapp said. “It’s another thing to have that huge heart that is part of that talent. That’s why we collaborated together, because she too, in her dance work and her company, always advances the cause of social justice.

Cleo Parker Robinson Dance will perform newly commissioned works on “I Wish I Knew How it would feel to Be Free” by Nina Simone; ” What is happening ? “by Marvin Gaye”; and “Rise Up”, by Andra Day. (The March 27 show will include DGMC’s own dancers.)

Marvin Gaye and Nina Simone’s songs lead to the rendition of “The Seven Last Words” and can be seen as representing different aspects of the quest for equal rights in the United States. Knapp says “What’s going on?” is a plea for communication between people.

“It could absolutely be part of the ‘Seven Last Words’ conversation,” Knapp notes. “‘Hey, officer or authority figure, if you’ll talk to me, you’ll realize I’m having some kind of mental episode, or I just got home from work or my college classes, and I’m just of happens to be an African American man with a hoodie.”

Nina Simone’s song, says Knapp, calls for fairness; Simone was an active civil rights supporter during her lifetime. She eventually left the United States angry at the lack of progress and settled in France.

“She had a different voice than a lot of other artists,” Knapp says. “She was quite angry about it. She used to say at concerts, ‘Do you know what it’s like to sit in a prison cell? Do you know what it is for Martin Luther King night after night? Well, I do, because I’ve been there. ”

After “Seven Last Words,” the program ends with “Rise Up,” a newer piece of music, but one Knapp says the other tunes are pretty bookend.

“It’s an incredible call to action and to support each other,” he says. “There are phrases like ‘All we need is hope, and for that we have each other.

Knapp says the DGMC strives for excellence in choral music, but one of its core values ​​is to address issues of social justice. This of course includes issues that affect the LGBTQ community, but he thinks the group’s work should go beyond that. He welcomes the opportunity to perform these pieces, as he sees common struggles among marginalized groups. Black women and other female musicians are just one of the groups he feels solidarity with, but it’s a strong group.

“I think there’s always been a huge connection between African American artists, female artists, and the gay community,” he says. “There are similar struggles [with] the icons that speak musically and emotionally to gay people.

He wants to take the performances everywhere, as he sees them as a way to bring more understanding to people. It’s important, he says, to get out of a relatively more comfortable place like Denver.

“What I’m most attached to is going to Douglas County, going to Sterling, Colorado, going to the West Rim,” he says. “It’s easy to sing these gigs in Denver, where there are a lot of like-minded people. Where are you going to do your missionary work? In places that need to hear different perspectives.