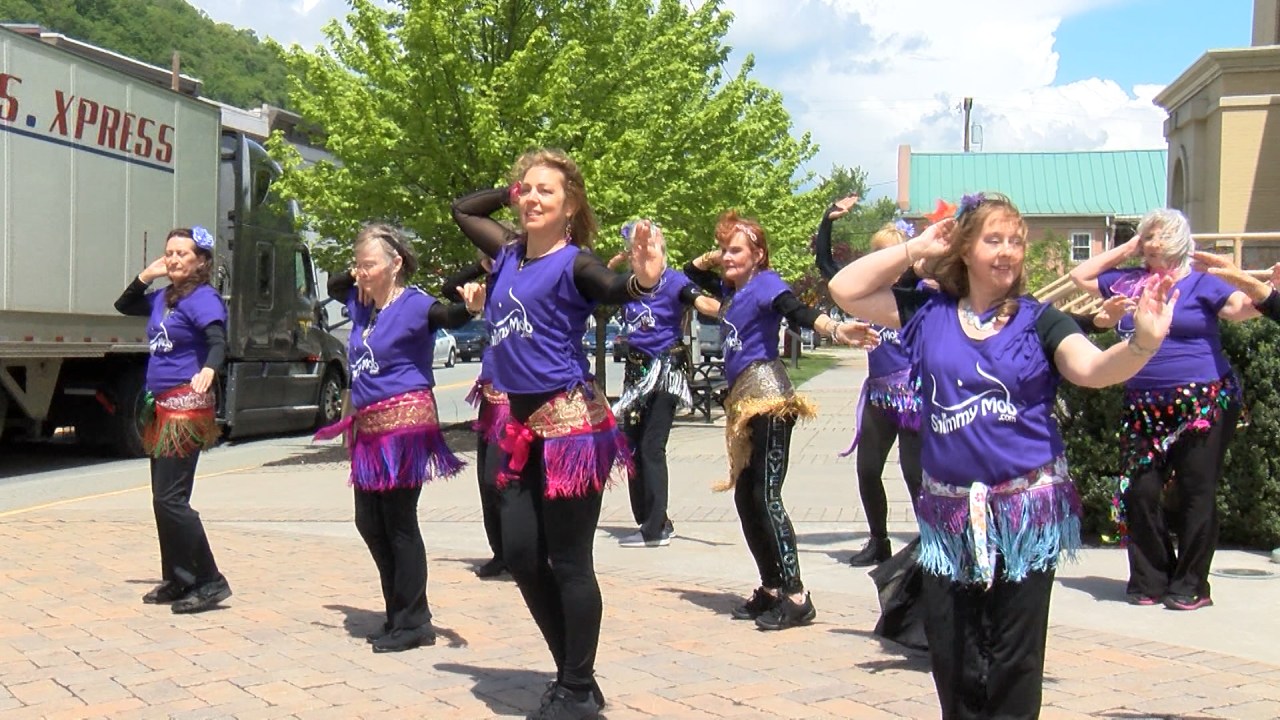 BERKELEY SPRINGS, W. Va. (WDVM) – Belly dancers have taken to the streets around the world and even in Berkeley Springs to raise awareness and funds for a very important cause.

The Shimmy Mob is a global event that takes place on World Belly Dance Day, usually the second Saturday in May. The Global Belly Dance Flashmob is organized to raise awareness among survivors and victims of domestic violence and abuse.

Angela Petry has been running the Morgan County Shimmy Mob team for 9 years. She explained the dance choreography and music, are organized by Shimmy Mob organization.

“So every year, teams from all over the world come out and dance, and the goal is to raise awareness and funds around the issue of domestic violence,” Petry explained.

Funds raised from the Berkeley Springs Shimmy Mob are donated to Stepping Stones to a Brighter Future and the issue of domestic violence resonates with a dancer and community members.

Dalene Middlekauff has been belly dancing for 11 years. She first started belly dancing as a way to try a new form of exercise, but eventually fell in love with the style of dancing. As a survivor of domestic violence, Middlekauff wants to support others who share her experiences.

“It happened to me when I was a kid. It means a lot to be able to do something I love and raise money and awareness for people who survive domestic violence,” Middlekauff said.

Julie Vogel has participated in Shimmy Mob every year. She is a survivor of domestic violence and hopes the flash mob can shed light on the devastating problem.

“Just recently, a very dear friend of mine was shot and killed by her ex-boyfriend. She had been in a domestic violence situation,” Vogel said. “She was doing her best to get away from it all. and unfortunately she didn’t make it and he shot her and killed her like that.”

Vogel says she was lucky to escape her abusive situation, but knows others aren’t so lucky. She stressed that the victims are not alone and that there are survivors and agencies who want to help them.

“We’re just a small non-profit agency in the area and all of our funds come from fundraisers,” Jackson said. “The more we fundraise and the more awareness we raise about domestic violence, the more we can help people let people know we’re here to help.”

According to the National Coalition Against Domestic Violence, on average, nearly 20 people per minute are physically assaulted by an intimate partner in the United States.

For more information provided by Stepping Stones to a Brighter Future, please visit their website.