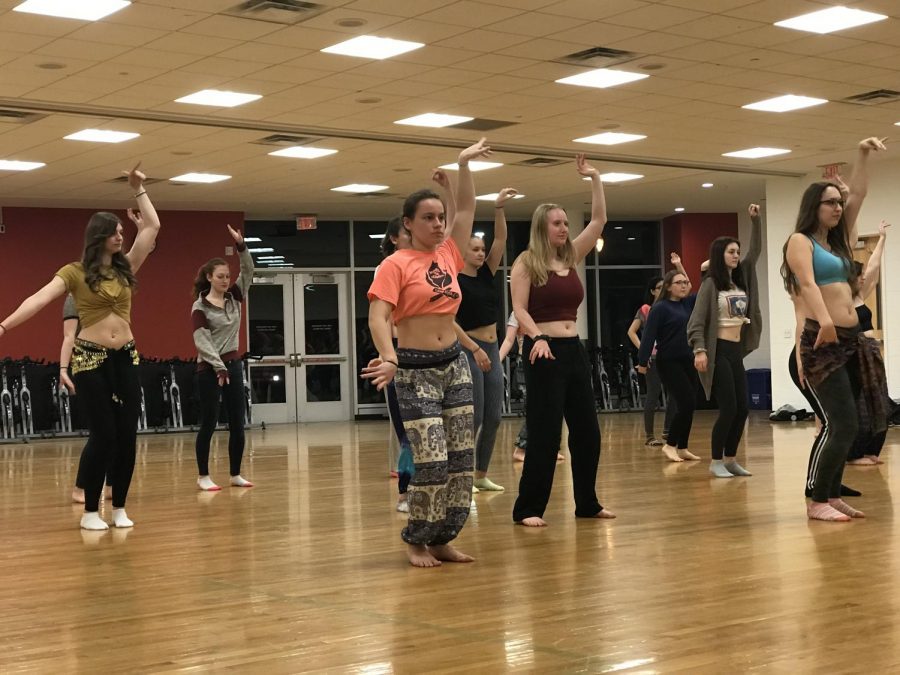 Being a part of the Belly Dance Club (UBDC) has been a stimulating feeling for many women at the University of Massachusetts at Amherst.

There is a lot of pressure for women to be a certain weight and height and scrolling through social media or watching a magazine makes some women feel self-conscious about their bodies and UBDC is trying to change that.

â€œA woman’s body, whatever its shape, is beautiful and should be celebrated,â€ said UBDC President Nicole Tschuor.

The members of Eboard have found that the best approach to teaching their members that their bodies are beautiful and that they are beautiful in their own way is through a dance centered on their body.

Lindsey Thunberg, costume coordinator, was in conflict over whether to join UBDC and wondered because when she went to the beach she would never wear a bikini or take off her shirt. Walking in, she expected everyone in the room to have a “perfect body” that many women see on social media and that everyone would be judgmental. However, from her first day, she was greeted and accepted as she was.

Being a part of UBDC has given Thunberg and other women confidence in their bodies. Growing up, first-year neuroscience and biology student Meagan Olson was always embarrassed by her body, but joining belly dancing in the fall of 2018 helped her learn to love herself. Going to workout every Monday after a long day is a â€œtreatâ€ and an uplifting experience for Olson.

When you dance in front of many people on stage, with a spotlight on you, there is nowhere to hide.

When Tschuor’s grandmother knitted her crop tops, she always dreaded wearing them, and when she wore them her arms were always crossed because she felt uncomfortable with the way it looked on her body. .

Compared to what she was before UBDC, Tschuor sees how free and open she is to wear whatever she wants and not care what people think.

Belly dancing has helped many women appreciate their own beauty and encourages a positive body image through various dance styles.

The UBDU performs several times a year, each performance being different. In the fall of 2018, they played American tribal, and in the previous semesters, they played Spanish, Gothic-tribal and Chinese fusion. Since belly dancing is not practiced in a specific culture and region, their goal is to teach students about the beauty, culture, and technique behind the ancient art of belly dancing.

â€œWe really want everyone to learn about all the cultures that affect belly dancing,â€ Tschuor said. “Belly dancing also incorporates fusion with many other dances.”

This semester, April 28 from 7 p.m. to 9 a.m. At Totman Gym, UBDC will perform three different sub-dances which constitute their main dance. The first being American tribal, the second Egyptian and the last African fusion style.

The belly dance club is open to students of all levels and if you are a beginner the members will help you go through each step of the choreography and review the different movements and basic structure.

UBDC runs the club in such a way that everyone can play at ease. If the students are wearing, for example, a hijab, they can fit it into the costume and if the dancers are uncomfortable exposing your belly, they will make adjustments and find ways to add more fabric to the costume. suit. They also welcome all genres and all identities.

To learn more about the club, visit UMass Campus Pulse.

Expanded dance classes at the Workhouse Arts Center in Lorton

Quick Cash Loans: The Benefits Of Getting Them