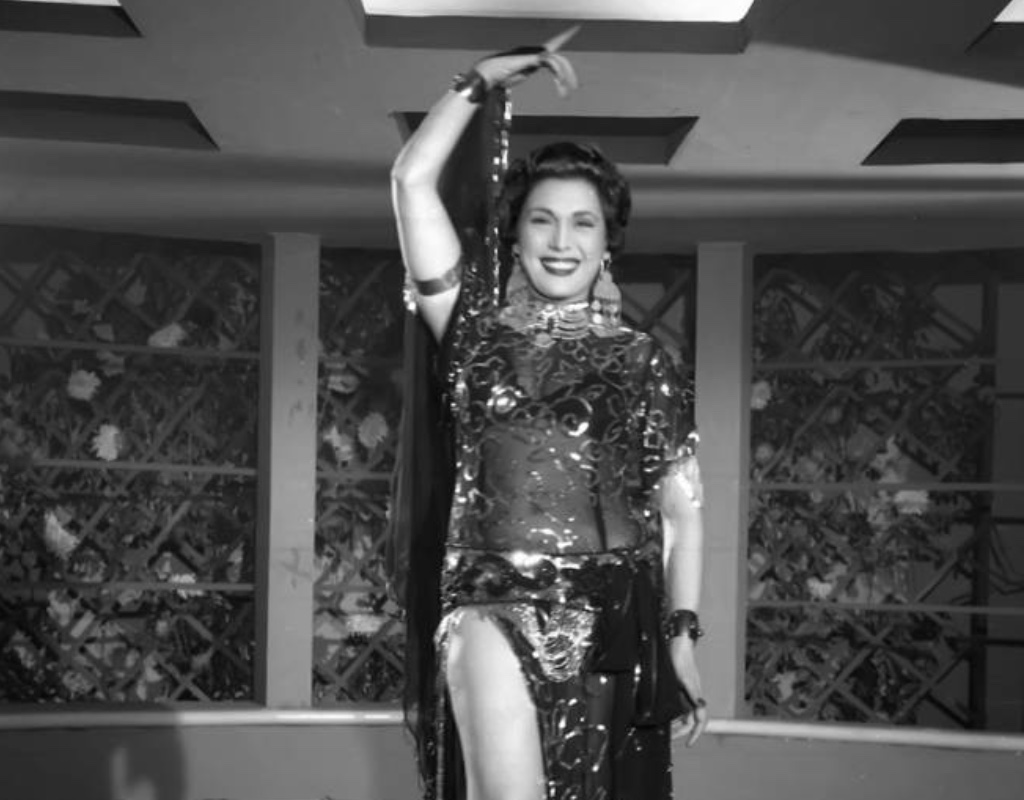 Behind the stage curtain: the hidden face of Bellydance icon Tahiya Karioka


Behind the stage curtain: the hidden face of Bellydance icon Tahiya Karioka

Tahiya Karioka is an Egyptian household name in Egypt, an icon of Bellydance in Egypt and the region in general. She is known for her loyalty to authentic oriental music and dance, free from western influences. Her curvaceous body, deeply sensual gaze and rhythmic swinging hips have captured the attention of Egyptian audiences for decades.

With over 200 productions under Herbelt, she was not just a talented dancer. Karioka was also a gifted and talented actress, having appeared in films, series and plays spanning multiple genres and taking on surprisingly different roles.

However, behind her tempting smile and star status is a fierce woman who was at the heart of Egypt’s political affairs, before and after the 1952 revolution.

Tahiya Karioka was born Badawiya Tahiya Mohamed Aly Karim, in the Egyptian province of Ismailia, in 1915. As a child, Badawiya showed talent in acting and dancing, both of which were frowned upon by talents and activities, especially when the interpreter is a woman. Badawiya’s brother deeply opposed her dancing, in the name of her reputation and family honor, and repeatedly beat her for it. As a teenager, Badawiya fled to Cairo, where she met Soad Mahasen.

Mahasen was, at the time, a famous Syrian singer and dancer based in Egypt, whose songs were catchy and constantly played in her living room in Alexandria. Salons owned by women dancers at the time, were polite terms used to refer to these women’s casinos. When Mahasen was forced to return to Syria with her husband, she left Badawiya in the able hands of her colleague and friend, Badee’a Masabny.

Masabny was a Syrian-Lebanese singer and dancer, whose casino was located in the heart of Cairo. Kings and princes all over the world, including King Farouk of Egypt, gathered at Badee’a’s Salon to listen to the latest songs and watch the most talented dancers. Badawiya’s name ‘Tahiya’ was given to him by Badee’a, while his stage surname was given to him by the masses, who witnessed his perfect rendition of the famous dance Karioka at Badee’s show. at.

The Karioka or Carioca as it is originally known and spelled is the name of a 1933 song and dance which appeared in the film Flying Down to Rio (1933) and gained worldwide attention .

The rise of a star

Badawiya Aly Karim then died and Tahiya Karioka was born.

Karioka rose to fame in 1940, five years after she joined the Badee’a dance group and performed in her living room. However, Tahiya’s fame cost him. Her sister, Fatema, was married to Aly El-Gedawy, who divorced when Tahiya rose to fame. Fatema’s husband disapproved of her sister Tahiya’s career, especially when she gained enough fame to be known nationwide as a dancer. He refused to stay married to a woman whose sister had such a “dishonorable” profession and was famous for it. Upon her divorce, Fatema left her daughter, Ragaa El-Gedawy, with Tahiya in Cairo.

Meanwhile, Egypt was suffering under the weight of British colonialism and world wars. However, Tahiya went on stage at night, as usual, to take his car after his performance, armed with a trunk full of weapons, to Ismailia where the Egyptian feda’eyeen (volunteer soldiers) would be based, fighting against the British. In fact, Tahiya stuck with the habit long enough for the feda’eyeen named the drop point where they met her’Tal Tahiya‘ or the hill of Tahiya in Ismailia.

By 1951, Tahiya had acted in several iconic films, including Le’bet El-Set (1946) and Mandeel Al-Helw (1949). She was also three years after her eighth marriage to legendary actor Rushdy Abaza. One of the often-told anecdotes is that Tahiya Karioka taught Rushdy Abaza how to smuggle weapons into the feda’eyeen in his place, helping him carry out his “first” act of political resistance against British colonialism.

Unfortunately, later that year, while on a trip to Lebanon, Karioka caught Abaza’s entanglement in an affair with a French woman, at a bar in Al-Hamra. An epic fight ensued, where Karioka dragged the woman by the hair and filed for divorce.

Another famous, pre-independence anecdote is of when Karioka secretly helped then-officer Anwar Al-Sadat hide from British soldiers. At the time, Sadat had recently escaped from one of their detention centers and Karioka’s sister, Fatema, had taken him in to her house in Ismailia for almost a year.

It was nonetheless clear that Karioka had a penchant for nationalist work, alongside her creative career – a career that is easily overlooked in her reputation as a belly dancer and actress.

It was also in 1952, during the Free Officers movement to overthrow the British monarchy, that Tahiya Karioka married Free Officer Mostafa Kamal Sedky. Nationalist propaganda was, at the time, strongly encouraged by the Free Officers and the people. However, Sedky left the group, disapproving of their staging of a coup. Together, Sedky and Karioka would secretly distribute pamphlets inciting the masses to riot against the Free Officers.

From incarceration to continued activism

When the government discovered both the pamphlets and Karioka’s secret marriage to free officer Mostafa Kamal Sedky, they arrested her, marking Karioka’s first time in prison, in 1952. This was before or after her arrest that Karioka uttered one of his many famous phrases: “ذهب فاروق وجاء فواريق” (A corrupt leader has gone and many corrupt leaders have come in his place).

Left-wing activist Naela Kamel, also known as Mary Rosental, is an Egyptian-born and raised Ukrainian-Italian Jewish communist known as one of cosmopolitan Egypt’s last remaining foreigners deeply involved in circles Egyptian revolutionaries. Naela Kamel says Karioka is one of the personalities that affected her the most during her five-year stay in prison.

“When she [Karioka] enter the prison, the prison stands on one foot. Political prisoners and others, prisoners of all ranks, all day long, try to pass in front of his cell or to see his silhouette from afar. The guards too, and even the director of the prison himself, go to her in the cell, for peace, welcome her, offer her their services and provide for her needs,” Kamel told his daughter, Nadia Kamel , and was published in Le livre de Nadia Al-Mawluda (2018).

Karioka used her privilege granted in prison to protect political prisoners and other female prisoners from the inhuman conditions in which they were forced to live.

Karioka made headlines when she led a strike inside the prison to demand the basic human rights of prisoners. She was not only their leader in name, but also in action, as she started a riot by going on a hunger strike with the other prisoners. They maintained the strike until a human rights commission visited the prison and the prison director was replaced.

After her first stint in prison, Karioka often opened her home to former political prisoners or female prisoners while they were recovering from their time in prison.

Karioka bounced back from her multiple stints in prison and let her political work seep into her acting performances. She participated in films and plays rich in political satire and social commentary, particularly throughout her later years on stage as a performer and on the big screen. Particularly during Sadat’s reign, Karioka participated in films that criticized the Nasserist regime and ideology vehemently, although sometimes subtly.

As a woman, Karioka breaks many stereotypes. She embraced a much despised profession, had to raise her niece alone and had all her money confiscated by her last husband. Karioka managed his personal affairs and managed to become not only a star, but an icon, while investing himself in political affairs. She proves that there is no binary between being a wife, a mother, an actress, a dancer or a revolutionary.

Belly dancing at the brasserie: Several artists will perform at Salado | The life