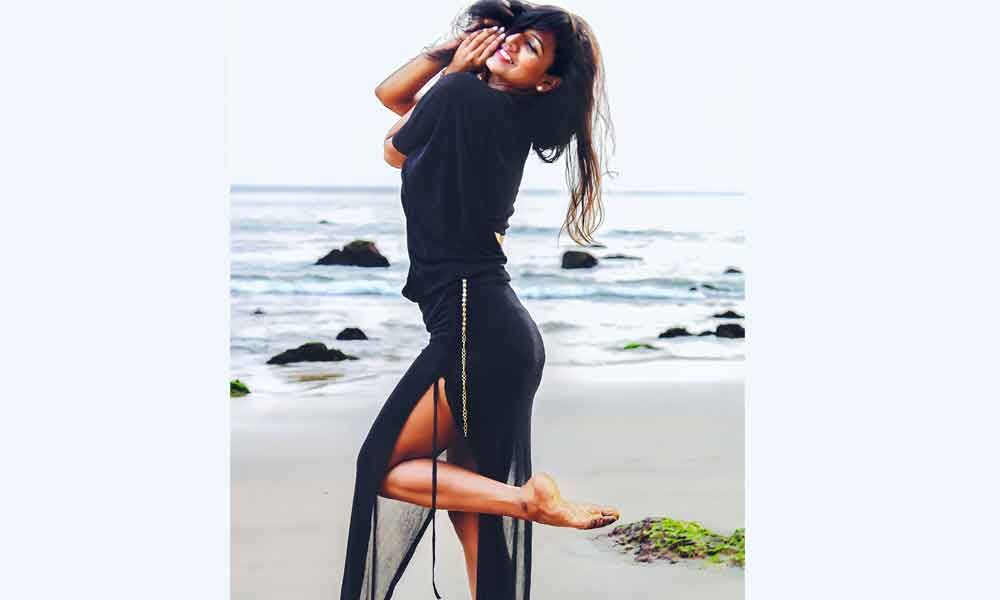 Damini Sahay, originally from a small town called Jamshedpur, located in Jharkhand, currently resides in the dream city, aka “The Mayanagari” Mumbai.

Sharing her journey, Damini says, â€œWhen I moved to Delhi to study my Masters in Psychology, I was going through a dark phase in my life because for the first time I gave up dancing completely. Before belly dancing. , I used to do Kathak, Contemporary, Bollywood, I always loved dancing, when I started doing my masters, I thought that I had to concentrate completely on my masters and it was a very difficult class. I wanted to be a great psychologist and stop putting my one leg in dance and one leg in psychology. I loved my subject but not dancing would not have had such a dark side in my life. I was in a depressive phase. where I lost interest in a lot of things during those six months. ”

Damini shares that she used to have dreams when she was in a belly dancing class, wearing a black colored skirt and lots of energetic women around.

She adds: “I remember feeling so natural about the dance form and that’s when I told my mom about these dreams and wanted to start dancing. Being from a small town, my mother was a little skeptical and wanted me to join other dance classes I was doing earlier. However, I didn’t agree and she did. agreed to send me extra pocket money without letting my dad know and promised him that I would only do the beginner level course which was for 3 months. Later I started learning with the Banjara art school and within a year the principal asked me to join the company as a teacher which was amazing because I never imagined it would become the biggest turning point in my life and that would be the goal of my life. ”

She thinks that if she can make an impact on women and make them understand to take care of yourself, accept yourself and remember to love and accept their bodies, even for a few hours, months or days. years, she would have had the most impact she had. hoped to do.

She says, â€œAs I am also a dance movement therapist, I am also taking a module in which I combine dance movement therapy and belly dancing to achieve sexual acceptance. I don’t just teach dance. belly dance in these sessions is also movement and therapy sessions using the beautiful and ancient philosophies of belly dancing. I help them come out of them, their very and deeply ingrained sexual traumas and try to fill those parts of the body where we store our shame and disapproval of sexuality that occurs most of the time be our chest, our hips and our hair, as it also targets these three parts of the female body, as it doesn’t acts only in the form of dance. ”

Damini says that so far she’s faced a lot of challenges, but the first challenges were to make people aware of what you do and beyond something to entertain men.

She adds: “We can’t deny that it was sometimes like that, if an artist chooses to be like that but that’s not it. Make people in society here understand that if I’m a belly dancer just because i am found to wear the belly dance costume and show my skin to get the attention of men. i have seen belly dancing change over the years. easy to make my parents understand that I want to express myself and that I want to be a woman who is sure if I am wearing something or even if I am wearing less or more but I am confident in my shape, height, my color and my gender and I’m just beyond what society wants to define me as a woman and I think that was the biggest challenge at the time. ”

She shares that belly dancing is of course a misleading term and contains a part of the body that leads to a misrepresentation of the shape of the dance.

She shares, â€œIt’s not even the actual term. It’s actually the oriental dance call or the Arabic term because it’s ‘Raqs sharqi’ (Raqs means dance and sharqi means from the east or from the middle east of the Arab world). Once I got to know what it looked like in the days of the internet age, I was very begging because women seemed very confident and very mysterious and the movements seemed extremely fascinating, then I stumbled across Meher who was at the time the only woman to teach in India. I was very inspired by her dancing and the way she spoke about signs, from the story of belly dancing that began as a custom that women performed in front of each other celebrating femininity. ”

Damini shares that it’s really high time people stopped looking at the controversies behind everything.

She adds: We need to start focusing on its beauty and rich history, movement, vocabulary to give a human being, whether male or female, so much training of strength and grace, so much awareness of your inner smaller muscles, so much alignment and connection with your body and self-acceptance. It distracts the dancers and the young minds that we have so many talented dancers these days. We shouldn’t be talking about some sort of controversy around this that doesn’t need attention over and over again. As a nation, we need to focus and empower dancers and young minds with the beauty of belly dancing. ”

The Junkeri dance will come with a 3 month module which will start at the end of March. The module will start from March to May, where at the end of each month they would immerse themselves in the study of Bellydance and a few fusion topics, but the focus will be on a better understanding of Bellydance.

â€œIt’s so much more than isolation and I want dancers from South India to participate. It was really amazing to see men from the last workshop come out and study oriental dance and honor the shape of the dance. dance. The 3 month module is set to hit Hyderabad for doing a long oriental immersive streak and at the end there will be little celebrations, a hafla and a little show where the dancers can even perform and do a presentation in solo, â€concludes Damini.